Depression During the Holidays – Part Five 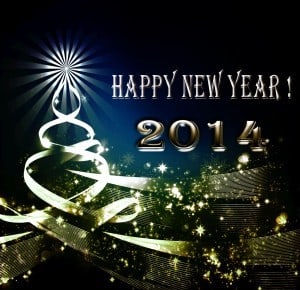 Another confession, if you can bear it… I’ve always been fairly performance driven. I think that started when I was about three years old.  That’s another story for another day.  Suffice it to say, it was pretty well ingrained into my personality before I even knew what personality was. That has had some pretty significant ramifications in my life – not all for the good.

Every year at the end of the year, there is always a great deal of conversation about peoples’ accomplishments for that year, goals for the upcoming year, and resolutions to do better in the next year.  I remember as a teenager becoming disillusioned with the whole idea of New Years’ resolutions because I heard at school, and on the radio, and on television frequent talk of “failed” resolutions within days of the new year, and it seemed to me that it was an excuse then to just give up and return to old ways. My performance mentality had a hard time reconciling this all or nothing line of thinking, but since it was what I observed, I decided it was foolish to set oneself up for failure and resolved not to play that game.

In recent years I’ve come to realize that my automatic “go-to” personality style which has led me to be fairly achievement-minded, which is pretty adaptive in the business world, has not been so positive in my relationship with God.  It took many years before I came to recognize that in my performance mentality, I was operating under the principle that I had to earn God’s love. And in those situations in which I felt I had not performed as well as I should have? I got to work, trying to work even harder to “earn” God’s forgiveness.  None of this was at a conscious level.  I was raised in the church.  I had been taught that Jesus had been born, and then died on the cross to forgive me of my sins. Yet my actions suggested that I didn’t believe that his death, burial, and resurrection were sufficient for my transgressions.

As we come to the end of another year, I realize that neither the all or nothing ways of thinking mentioned above are best. The idea behind a resolution is to make a commitment to work toward a positive change.  But if change was easy, we wouldn’t have to commit to it – we would be doing it already. Will we stumble? Probably.  Will we fall? Maybe. But the important part is that we commit to continue to working toward positive change.  That is the resolution.  Rather than giving up on day two, or day three, or day thirty-three because we slipped up, recognize the change we have made, notice what led to the slip up, make a plan so that we are less likely to slip up in the same way again in the future, and recommit to the goal. But rather than believing, like I did for so many years, that we have to go it alone in order to earn God’s love, let’s depend on Him for our strength.

“Even youths grow tired and weary, and young men stumble and fall; but those who hope in the Lord will renew their strength.  They will soar on wings like eagles; they will run and not grow weary, they will walk and not be faint” Isaiah 40:29-31 (NIV).

As 2013 comes to a close, and you look toward 2014, don’t look at resolutions as something requiring perfection, but rather, an opportunity to pursue personal progress.  What area do you want to team up with God to make progress in during 2014?