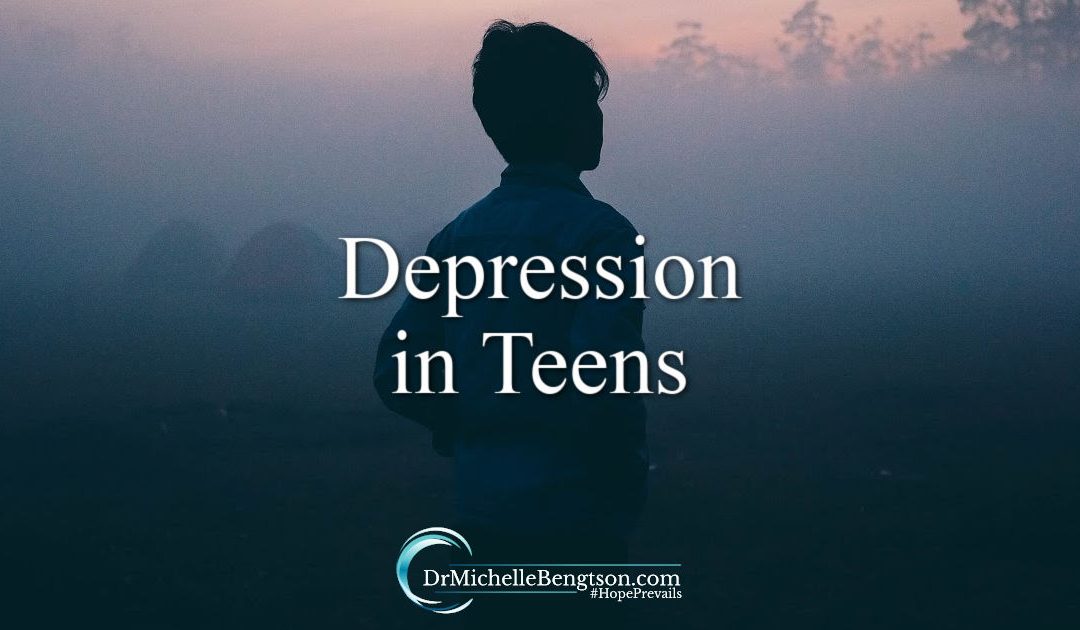 In a recent episode of Your Hope Filled Perspective podcast, I chatted with counselor Michelle Nietert about depression and mental health issues in children [if you missed that episode listen here: Childhood Depression: What Does it Look Like and How Can Parents Help – Episode 95]. In a previous post, we examined information pertinent to depression in children [you can read that post here: Understanding Depression in Children (and Teens)]. While there is significant overlap regarding depression in children and teens, there is enough variability in teens that it warranted its own post. If you are the parent or loved one of a teenager, this post about depression in teens contains valuable information for you to know.

Many believe the myth few, if any, children suffer from depression, but the research suggests that approximately 1 in every 33 children (if not more) have depression. As I mentioned in a previous post on Understanding Depression in Children, prior to ten years of age, more boys suffer from depression, but by the age 16, girls tend to suffer from depression more often than boys. Girls at age 15 are three times as likely to suffer a major depressive episode as 12 year old girls. In the teen years, the rate of depression climbs to one in eight. The numbers of children/teens who suffer tend to increase if other family members have suffered: 25% of kids who have a parent who has suffered from clinical depression will experience their own episode. If both parents suffered, the risk increases to 75%.

For many parents, this may shock you:
Sixty-one percent of 8th-10th graders reported feeling sad and hopeless and thirty-six percent reported having nothing to look forward to, and sadly, thirty-four percent of teens expressed serious thoughts of committing suicide. About five percent of teens suffer from major depression at any one time and approximately twenty percent of teens will experience depression before they reach adulthood.

What does depression look like in a teen? What are the symptoms and risk factors? How can parents help? Read more for valuable information for parents about depression in teens. #teenagedepression #mentalhealth #hope

While no two individuals with depression will present exactly the same way, there are many common signs and symptoms that are important for parents to be aware of.

You can find a more extensive list of depressive symptoms in children and teens in a previous post [read more here Understanding Depression in Children], but here are some of the most common symptoms.

As a parent it can be difficult to know whether your teen is experiencing depression or normal teenage behavior. Depression symptoms last longer than typical teen angst. Rather than coming and going, the negative emotions and change in behavior continue for weeks or months at a time. Sadly, less than 33% of teens with depression get help, yet eighty percent of teens with depression can be successfully treated.

Untreated depression in teens can have detrimental consequences. In general, depressed teens tend to have more trouble at school and in jobs, and to struggle in relationships than their nondepressed peers. Teens who struggle with depression, catch more physical illnesses. Teens with untreated depression are more likely to engage in risky sexual behaviors, leading to higher rates of pregnancy and sexually transmitted diseases.

Furthermore, teens often don’t handle criticism or failure well, which is why they will often avoid parents and other adults, because they can’t handle the disapproval from others.

How Can Parents Help Their Depressed Teen?

The teen years are often a time when kids will try to spread their wings, and yet behavior must be monitored and guided. Allow your teen to make mistakes in a supportive and loving environment. When disciplining your teen, replace shame and punishment with positive reinforcement for appropriate behavior. Shame and punishment result in feelings of worthlessness and inadequacy.

As parents, avoid the tendency to try to relief your youth through your teen’s activities and interests. Be interested in what your teens are interested in and be a keen observer of your teen’s behavior and words, and any notable change therein.

Remember that in childhood and adolescence, reality isn’t what is important, it’s their perception of reality that’s key. So, a keen parent will listen not just to the words their teen speaks, but to the emotion behind their comments as well. If you suspect your teen may be depressed, take the time to be present and listen to their concerns.

While teens are sometimes a bit reluctant to share as much with their parents as they did in their earlier childhood years, it’s important for parents to try to keep the lines of communication open with their teen, even when it appears your teen may be attempting to withdraw. Try to avoid telling your teen what to do, rather, listen and help them problem solve for themselves. This builds confidence in themselves.

Remember that as a parent, it’s most important that you be your teen’s safe place to fall. Be their parent, and avoid the tendency to think you have to solve all their problems. Be willing to seek help from an unbiased mental health professional. Above all, always convey there is HOPE!

Depression in teens: what it looks like, symptoms, risk factors and how parents can help. #teenagedepression #mentalhealth #hope

We’ve spent this post and a previous blog post discussing the most important information regarding childhood and teen depression [read more here: Understanding Depression in Children], we would be remiss if we didn’t also have a post about the risks of childhood and teen suicide. That will be the focus of the next post. Additional important information regarding depression can be found in my award-winning books Hope Prevails: Insights From a Doctor’s Personal Journey Through Depression and the companion Hope Prevails Bible Study. 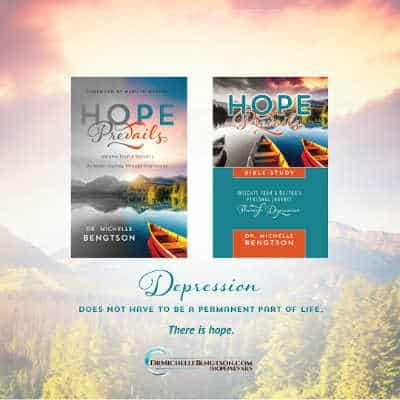 “As a counselor, I have read many books on depression, but I have never read a book that deals with the spiritual aspect of healing as thoroughly as does Hope Prevails. Dr. Bengtson draws from her own personal journey as well as her professional experience. I highly recommend this book for anyone who has tasted the pain of depression or knows a friend who is depressed.” ~ Gary Chapman, Ph.D., Author of The 5 Love Languages 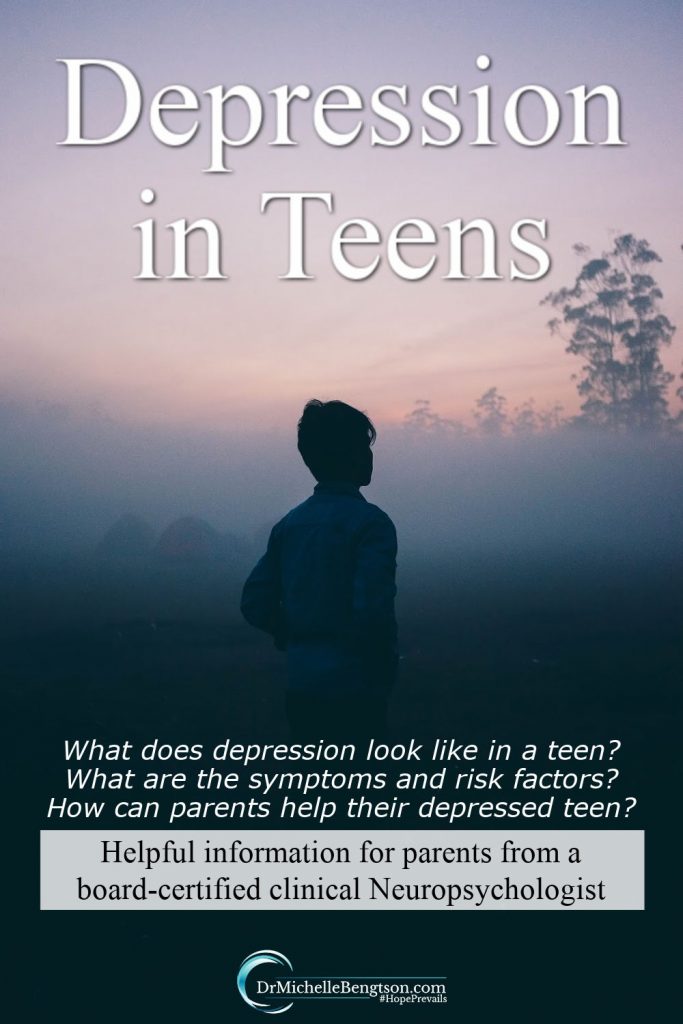