Do You Want To Get Well? 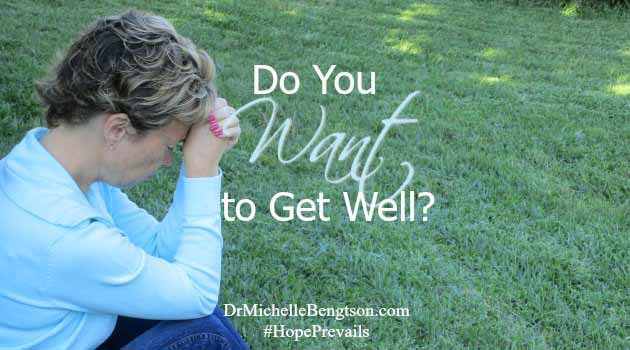 In my darkest days, I remember weeping from the deepest places within me. I remember aching not just emotionally and mentally, but physically too. All I longed for was for the pain to end. Why, oh why, wouldn’t God take the pain away? I begged Him to.

God uses painful times to draw us closer to Him. #depression #mentalhealth

What I didn’t realize then, was that sometimes God will use the painful times to draw us closer to Him. He will use the pain and trials in our lives to make us desperate to do the hard work required to get well. Desperation often makes us willing.

Dr Michelle Bengtson Freedom From Depression Do you want to get well
Let me share with you from what has become one of my favorite passages in scripture.

You’re probably familiar with it. It comes from John 5.

“Soon another Feast came around and Jesus was back in Jerusalem. Near the Sheep Gate in Jerusalem there was a pool, in Hebrew called Bethesda, with five alcoves. Hundreds of sick people—blind, crippled, paralyzed—were in these alcoves. One man had been an invalid there for thirty-eight years.”

[Can you imagine? Thirty-eight years!]

“When Jesus saw him stretched out by the pool and knew how long he had been there, he said, “Do you want to get well?”

Jesus asked the lame man, “Do you want to get well?” #mentalhealth #depression

The sick man said, “Sir, when the water is stirred, I don’t have anybody to put me in the pool. By the time I get there, somebody else has already gotten in.”

Jesus said, ‘Get up, take your bedroll, start walking.’ The man was healed on the spot. He picked up his bedroll and walked off.” (The Message)

You know, I’ve been in the field of neuropsychology for approximately 25 years and for the longest time, I wondered, why in the world would Jesus ask that man, “Do you want to get well?”

Of course, he wanted to get well. Right? I mean, he was an invalid. Why would anyone want to be an invalid?

I have often thought, why would Jesus ask him that question?

Why did Jesus ask the lame man if he wanted to get well? #mentalhealth #hope

Isn’t that answer obvious? Then, I thought, Jesus, you knew everything. Why would you ask that question?

But, the longer I’ve been in private practice, the more I realize, not everybody really wants to get well.

Not everybody wants to get well. #depression #mentalhealth #HopePrevails

And, then, it’s up to you to decide. Are you going to take my treatment suggestions, or not?

I have to tell you that there’s a fair amount of times where someone will come back two years, three years, even five years later, and they won’t have done anything I suggested. Then the situation will be worse. I’ll flip back through the chart and I’ll ask, “Well, why are you here?”

“Because things are worse. And, I need to know what to do to get better.”

“Well, no” comes the reply.

“No, because this happened” precedes the excuse.

“Well, how about this. Did you do this?” I inquire.

“No, because thus and so happened…”

I already know the answer before I ask, “Did you think you were going to get better doing what you were always doing before?”

I hear a lot of excuses. What I came to realize is that Jesus is really smart!

Really. I always knew that, but it jumped out at me. Why did he ask the lame man did you want to get well?

Because getting well requires work.

He asked the lame man to pick up that mat and walk.

The lame man couldn’t pick up his mat and walk before he had an encounter with Jesus.

So, being well is an adjustment.

Sometimes it’s easier to live in the known misery than unknown. #HopePrevails #depression

And sometimes, it’s easier to live in our known misery than to trade that in for the unknown. The new normal.

So, sometimes, we have to ask, do you want to be well enough? Do you want it bad enough that you’re willing to do the work that it takes to be well?

Are you willing to do the work it takes to be well? #mentalhealth #depression #HopePrevails

I’m bringing this up because if you want to break free from depression, I’m here to tell you, it is possible.

This lame man, though, he was lame for thirty-eight years. Can I tell you, I’ve met many people who have been depressed for 20 years, 30 years, 40 years. I lived with a mother who was like that.

But, after three decades, four decades, I think in her case, it was five decades, she did break free of that. Yet, it requires work.

If you want it, it can be yours. But, it is going to require work.

I don’t know all of you, so I don’t know what you’re dealing with at home. But, I have teenagers. Enough said?

Sometimes, my teenagers don’t want to have to do the work we tell them needs to be done.

I have one who is applying for college. He’s not thinking that’s a whole lot of fun right now. But, the payoff is great. Yet he has to decide it’s worth the work of putting in the application and writing the letters, applying for the jobs, and doing the community service. Can we virtually guarantee, it’s probably worth the work?

And if you’re willing to do the work, it’s worth it in the end.

If you’re willing to do the work, it’s worth it in the end. #HopePrevails #depression

The question is, do you want to get well? And are you willing to do the work it takes?

A short brief about Hope Prevails.

Speaking from personal and professional experience, a neuropsychologist unpacks what depression is, shows how it affects us spiritually, and offers hope for living the abundant life.

Neuropsychologist Offers Hope to Those Struggling with Depression
-By 2020, depression will be our greatest epidemic worldwide 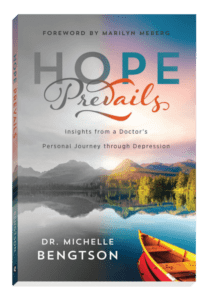 In Hope Prevails, Dr. Bengtson writes with deep compassion and empathy, blending her extensive training and faith, to offer readers a hope that is grounded in God’s love and grace. She helps readers understand what depression is, how it affects them spiritually, and what, by God’s grace, it cannot do. The result is a treatment plan that addresses the whole person—not just chemical imbalances in the brain.

For those who struggle with depression and those that want to help them, Hope Prevails offers real hope for the future.

Hope Prevails is available now wherever books are sold. To find out more, see: https://drmichellebengtson.com/hope-prevails-book/. 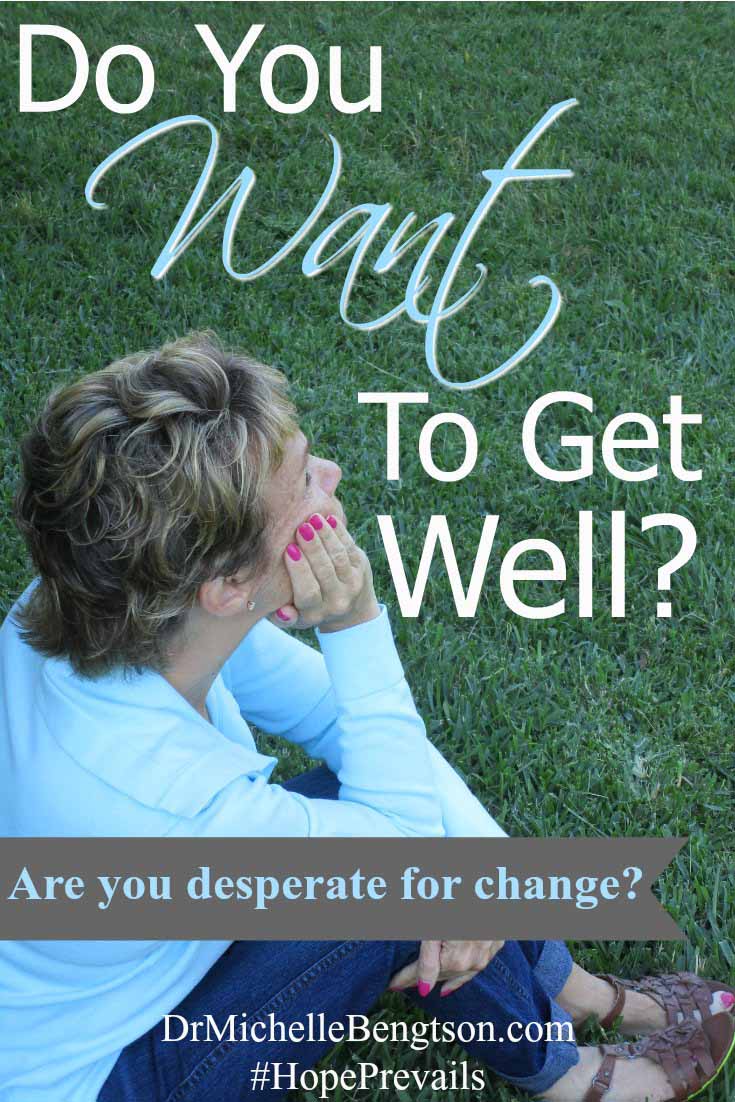