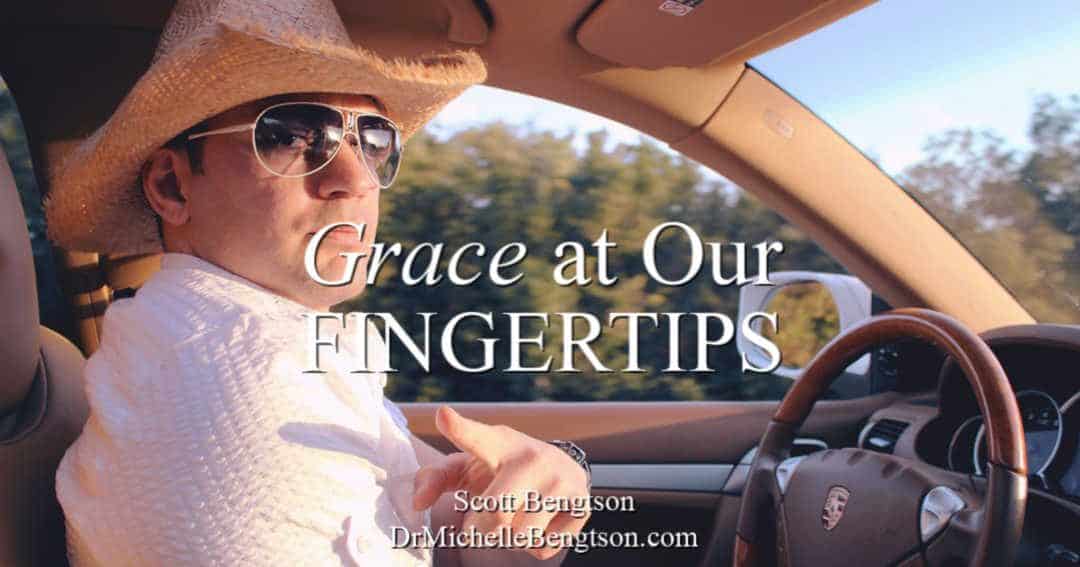 Neither my wife nor I grew up in Texas. Cowboy hats, boots, big belt buckles, and phrases like “all hat and no cattle” stood out to us when we first moved to the Dallas/Fort Worth area. We joked about having more neighbors that were farm animals than who were human. One neighbor kept about 20 head of cattle, and many neighbors had horses. Another neighbor even had a very non-Texas emu roaming his lot.

But the thing that stuck out to me most about Texas was the one finger wave. I’m not talking about the New York one finger wave, that’s not at all the same thing, and comes from an entirely different place. The Texas one finger wave is just a lift of the index finger, usually lifted from a steering wheel while driving or at a stop. Sometimes it’s accompanied with a slight head nod. It’s enough to signal that you have been seen, and that you are recognized as a human, even if a stranger.

At some point during our two decades of life here, I realized that this recognition of my presence and humanity was more than a casual greeting. Though minimal, it is a sign of grace. It is a very minor satisfaction of what we all crave-to be seen, to have our worth affirmed. When it is offered by a stranger, or someone not of my ethnic group, or during rush hour, it gains even more significance.

It doesn’t represent some secret sign of affiliation or identity. The only qualification to offer it or to receive it is to be human, made in the image of God, worthy of recognition. I am convinced that if Jesus had lived his earthly life in Texas instead of in Israel, he would’ve used the One Finger Wave.

What stuck out to me 20 years ago when we moved to #Texas was the One Finger Wave. It’s more than just a casual greeting. Read more for its real meaning. #ScottBengtson

Expressing grace to others

Even as I held the image of Jesus walking around Texas in boots and hat giving the one finger wave, I realized that this picture wasn’t just humorous or far-fetched. It wasn’t hard to substitute the silly picture of Jesus for a silly picture of myself. Twenty years here and I still don’t have the boots and hat thing going, but He has given me a way to express grace to others, through my fingertips.

#Grace. At our fingertips. How do you equate the #Texas One Finger Wave with grace? Read more here. #ScottBengtson

So my question is, can you lift a finger for another?

“All this is from God, who reconciled us to himself through Christ and gave us the ministry of reconciliation…” (2 Corinthians 5:18). 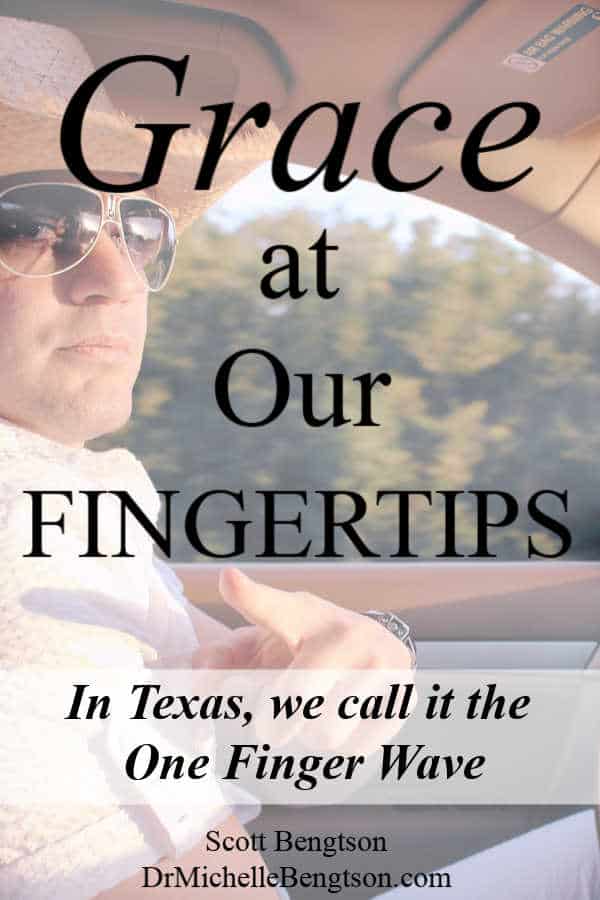