It’s a New Year: Forgetting What is Past, Racing Toward the Prize 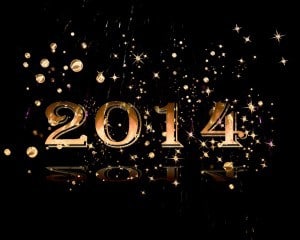 It is a new year, full of hope and promise. You and I have a blank canvas ahead of us. But sometimes that can be intimidating. I remember being in art class, not the most artistic soul in the world. Being asked by the teacher to create, made me freeze with brush or pencil in hand. Sometimes I feel the same way with all the talk of goal setting when the new year approaches. My mind goes blank or fear sets in.

All the talk of resolutions often makes my perfectionistic mentality go into overdrive. First, what if my resolutions aren’t “good enough?” Or second, what if worse yet, I “fail” to meet them? Or sometimes I find myself thinking “what if I’m not capable?”

I’m putting the breaks on my old way of faulty thinking.  You are welcome to join me, on a new path for 2014…my road less travelled.

First, who says resolutions are something to be graded? Everyone has areas of their life in need of attention, growth, and transformation, and the path to progress will be different for every traveller. Comparison is the thief of joy, so worrying that your resolutions and goals are not as good as someone else’s just prevents you from enjoying the path of your journey. Enjoy the sights on your path, and quit watching theirs.

Secondly, when we make resolutions, or in a broader sense, goals, we are in essence, making a plan to achieve some end. And if we work toward that end, but don’t make it? In all likelihood, we will still be better off than if we hadn’t tried, so can that really be considered a failure? I’ve come to think that failure is really only a lack of willingness to try.

Thirdly, the Bible tells us several stories of individuals who really weren’t capable in themselves to do the job God called them to do. But God equipped them to do the task. In their weakness, He showed His strength. Repeatedly God shows that He doesn’t call those who are equipped to do His work, rather, He equips those He calls. What He asks is that we have a willing and obedient heart, and that we trust Him.

So as the start of this new year, as I contemplate my goals and resolutions for the year, I consider the wisdom of those who have gone before us. In his letter to the Philippians, Paul wrote, “Yet, my brothers, I do not consider myself to have “arrived”, spiritually, nor do I consider myself already perfect.  But I keep going on, grasping ever more firmly that purpose for which Christ grasped me.  My brothers, I do not consider myself to have fully grasped it even now.  But I do concentrate on this: I leave the past behind and with hands outstretched to whatever lies ahead I go straight for the goal – my reward the honor of being called by God in Christ.” (Philippians 3:12-14 Phillips)

As I make my goals, I will consider what I have learned this past year. As Paul suggests, I make note of what I need to let go of and leave in the past. I want to be more intentional about living in the moment, practicing gratitude, appreciating how God has uniquely made me, and resting in Him. With an open mind and open heart, I prayerfully embrace all that God has for me in this next year. Will I stumble? I’m sure I will. And when I do, I will give myself grace. Even Paul acknowledged that he was not perfect nor had he fully arrived spiritually, but he continued to run the race, and I will too. There are no trophies or medals for first, second, or 100th place. The reward is the honor of being called by God.  I can’t think of anything better.

What will you leave behind?  What goals will you make for this year?