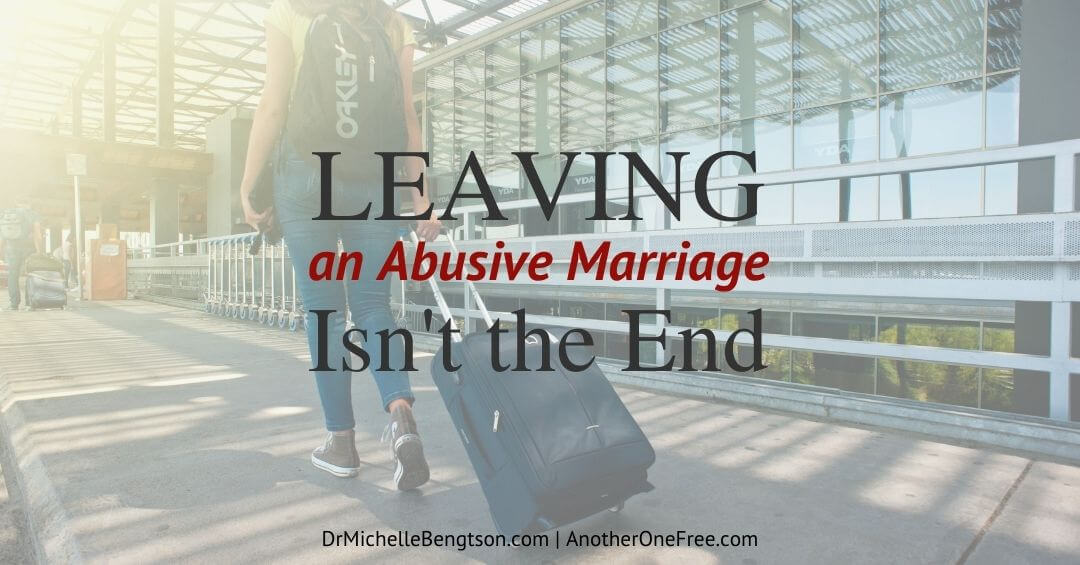 You may think leaving an abusive marriage is the end. It is the end for some things. It’s also the beginning of things like hope. Karen DeArmond Gardner, a domestic abuse survivor, is sharing hope today for those suffering in an abusive relationship. She helps us see that leaving isn’t the end of who you are.

I recently had the opportunity to conduct a two-part interview with Karen regarding hope and healing after domestic abuse. If you missed those episodes, you can listen here Hope for Healing from Domestic Abuse – Episode 119 and When Healing after Domestic Abuse, God will Meet You – Episode 120. In a follow-up guest blog post, she shared with us her perspective on how to know when you’ve done enough, Have You Done Enough? When to Leave an Abusive Relationship. While ending an abusive relationship can be incredibly terrifying, I’ve asked her to give some hope today and help us see that leaving isn’t the end of who you are.

May I Remind You Who You Are?

You courageously defied evil, and faced fear with shaky hands and wobbly knees as you escaped the prison of your abusive marriage. You may think you’re a coward, but that is the voice of the fallen one (Satan) who wants to keep you a captive.

You may feel like a nobody, a nothing, that you’re the lowest of the low, he did that on purpose to keep you from thinking for yourself, to keep you in a state of confusion so you couldn’t leave him or seek help.

You’re not alone. Most of us feel like nothing and nobody after leaving the one who vowed to love us. Your spouse systematically devalued you, kept you from becoming who God called you to be, depersonalized you, entangled you in lies about who he is and who God says you are.

Your husband had no intention of keeping the vows he made to you. To him marriage was how he kidnapped you, holding you captive through marriage vows.

Let that sink in for a moment as you take a realistic look at him. He didn’t change when you said, ‘I do’ he took off his disguise.

Take a deep breath. Let it out slowly.

Before we go further, the Lord wants to reassure you with what He declared to Gideon, “I am with you, valiant warrior.” God is together with you as a marker of your relationship with Him. He’s making a proclamation about who you are so you can remind yourself when doubts and terror assault you.

Though you may not feel His presence, he’s never absent from you. You don’t have to feel like a valiant warrior to be one. You may feel as though you used every ounce of courage you had just to leave and now, you may feel like Humpty Dumpty from the nursery rhyme…

Humpty Dumpty sat on a wall

Humpty Dumpty had a great fall

There is a King who longs to put you together again.

You can read the story of how God put Gideon back together in Judges 6. For seven years, marauders who stole food and resources tormented the people. The Angel of the Lord found him hiding. Before Gideon did anything the Lord said, “I am with you valiant warrior.”

As a valiant warrior you are strong, brave, competent, and a classy champion. You will prevail, you will succeed, you will overcome, you will conqueror all the fallen one throws at you. Doesn’t mean life will be easy. It’s doing the hard when you’re exhausted, when you don’t understand, when life is unbearable.

He’ll give you time to regain your strength and rest on your healing journey. If you agree, He’ll take you further than you think you can go. He’ll stop when you say stop. He can handle your anger and questions, your ups, downs, and all arounds.

BeLoved, He is for you. His desire is to heal your broken heart, to regain your trust, make you whole from the one who vowed to love you. He loves you extravagantly, completely, and uniquely. Nothing can divorce you from His love; not abuse, not abusers, not terror, pain… absolutely nothing can change how He feels about you.

“The Lord is close (step in, come closer, approach, nearby) to the brokenhearted; he rescues (delivers from distress) those whose spirits are crushed,” (Psalm 34:18 NLT). He’s not a God who is faraway, who sits on His throne impervious to those whom He created.

You may have a million questions about where He was or why He didn’t act on your behalf, why your abuser still has no consequences. Most answers will come as you heal. It may not be what you want to hear, yet after sixteen years of healing I’m still getting answers but there are answers I still don’t have. The one I don’t have an answer for… why he suffered no consequences for his abuse.

Leaving is the Beginning

Leaving is just the beginning of hope, expectation, and anticipation to live a life free of domestic abuse. It’s also the beginning of reliving the nightmare, waking up in the middle of the night with cold sweats, of thinking he’s lying beside you. You may flip on the light just to be sure you’re alone.

It’s the beginning of looking over your shoulder, of shutters of fear coursing through your body, of feeling exposed and vulnerable.

It’s the beginning of new, of shedding the residual effects of abuse, of discovering there are names and definitions for what happened to you. Which will both horrify and outrage you. You will question everything and I’m not exaggerating the “everything.”

You’re involuntarily on the rollercoaster of emotion that will take you through the highs and lows of healing and grief; anger and rage; terror and torment.

You may think leaving is the end. And it is, it’s the end of your physical captivity in domestic abuse. It’s also the end of keeping his secrets.

It is the beginning of seeing what you couldn’t see, the unveiling of lies, the destruction of deception, of taking your life back, of learning how to live free of the confines of abuse.

It’s the beginning of the excruciating work of healing. Yes, I said work, it will take all your effort and strength, at times it may feel like you can’t do this one more minute. Struggling in the quicksand of pain and trauma will deplete and exhaust you but not pull you completely under.

It’s the beginning of questioning everything you believe about yourself, him, and God.

Abuse twists how you see and hear God, how you read the Bible, how you hear a song and a sermon. You may question where God was and why He allowed you to be abused, and why God didn’t stop him or stop you from marrying him.

Then the guilt may hit. If only you’d left sooner, if only you’d been a better wife. If only, if only. The if only’s keep you going round and round on the ‘if only’ merry-go-round.

You will experience many firsts, then seconds until you’re awash in newness.

Leaving is just the beginning of whatever you want it to be.

As you look forward to your beginning, what excites you most?

You may think leaving an #abusivemarriage is the end. It is the end for some things. @kgardnerwrites shares the #hope we have for new beginnings. #domesticabuse

@KGardnerwrites, a #domesticabuse survivor, is sharing #hope today for those suffering in an abusive relationship. She helps us see that leaving isn’t the end of who we are. 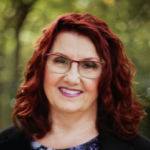 Karen DeArmond Gardner is a thirty-year survivor of domestic abuse and an advocate for women who’ve experienced abuse and divorce. She is a certified trauma advocate and facilitates Mending the Soul and inner healing through HeartSync. Karen blogs at AnotherOneFree.com. Karen and her second husband Tom are co-owners of a private security company and reside in Texas. 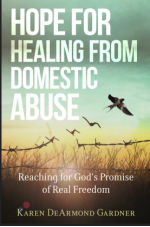 Leave a comment below sharing with us one thing you’ve learned about leaving an abusive marriage and you will be entered into the contest for your chance to win a copy of her book.

The winner will be selected at random and announced next Monday, August 9, 2021. Continental United States only. 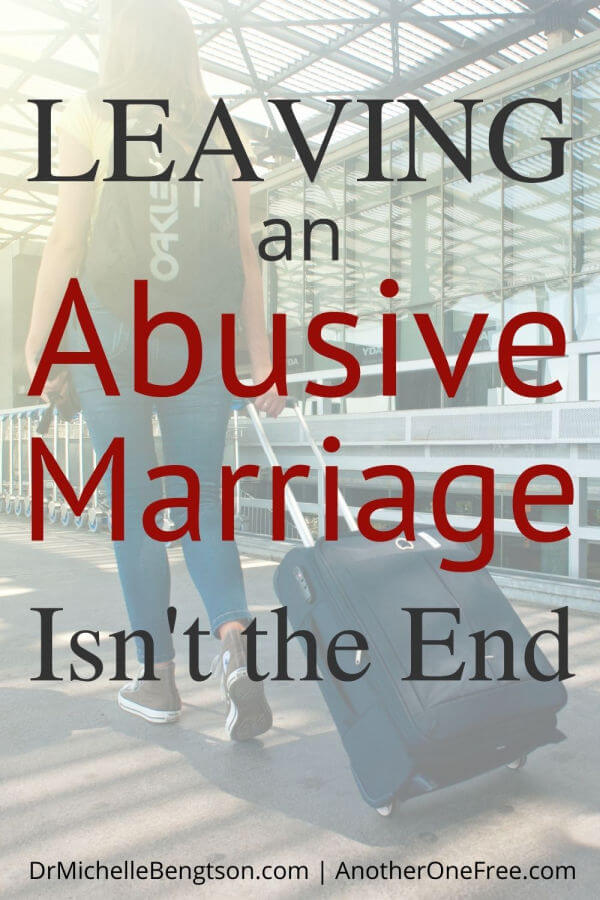