Our walk with God is often compared to walking in a dark hallway without a light. Yet, despite how often that comparison is made, it is false. We may be walking in a hall that is hard to see in, but God has given us the light we need. The moment we received Him and the Holy Spirit came to live in us, a light was sparked that will never go out.

The problem most people have when they cannot see is not with the darkness itself, but rather the fear of what might happen if they truly let their light shine unhindered. They may fear that others around them will turn away for it is too bright for them to handle, or that it will be snuffed out just as quickly as it ignited. But both are false, and concepts thought by those who let their imaginations run loose with the image of God.

What would happen if you let your light shine unhindered? Can you walk with the Lord and hide your light? #trustingGod #faith #HopeForTheNextGeneration

When we allow our light to shine, our path will become clear. That is not to say that the path will be easy, but rather that it will be visible. God will be able to lead us through. But if we hide our light, it will be much more difficult to walk with him. Darkness is not the opposite of light, but rather the absence of light. Let the gifts God has instilled in you shine brightly for Him, and the darkness will have no choice but to leave.

“Because that, when they knew God, they glorified him not as God, neither were thankful; but became vain in their imaginations, and their foolish heart was darkened.” (Romans 1:21) – Those who let their image of God be of their own imagination, will not truly be able to comprehend Him, and they shall shy away, all by their own doing.

My Lighthouse by Rend Collective 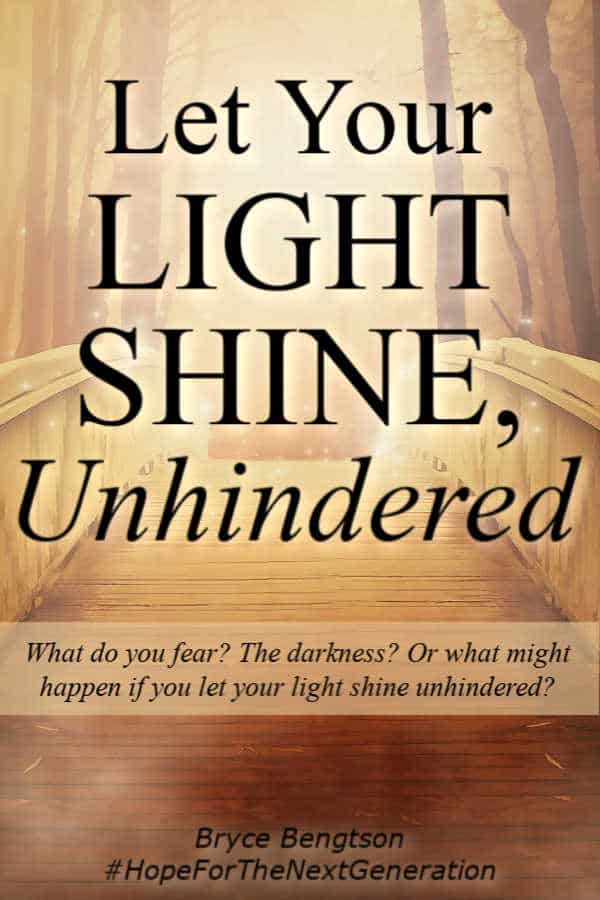