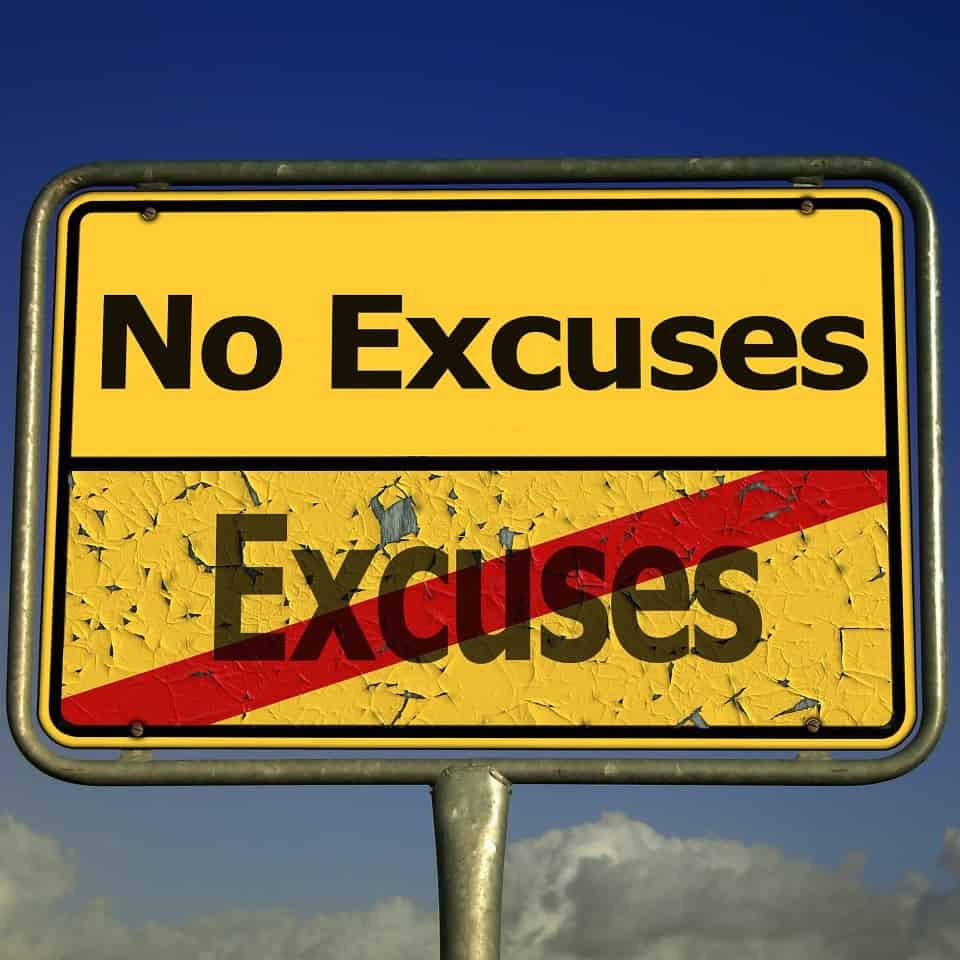 Do you ever make excuses? I’ve had a long list of them over the course of my life but not so much in the way you might expect. Let me explain.

I’m a go-getter. I’ve been fairly driven and achievement oriented, so when I’ve gone after things, I’ve given my all.

But there have been those times that I wasn’t as quick to go after the things God has put in my path. I’ve made mental excuses. What I’ve come to realize, however, is that those excuses were based on lies I’ve believed about myself.

I’m an extremely petite-statured woman. As a result, I believed the lie that people wouldn’t take what I had to say seriously because of my height.

I tend to be somewhat intellectual and contemplative. As a result, I believed the lie that I couldn’t think quickly on my feet in response to others.

I have a physical deformity from a childhood illness. As a result, I believed the lie that people wouldn’t accept me because I was somehow “flawed.” Yet I’m frequently surprised when someone tells me “I didn’t even notice.”

In reality, each of these things were really just excuses that the enemy offered up as reasons for me not to fulfill the calling God put on my life.

The enemy offers excuses as reasons not to fulfill our God-given calling.

Several years ago, the Lord directed me to a passage of scripture and revealed to me “That’s you!”

“The Spirit of the Sovereign Lord is on me,

because the Lord has anointed me

to preach good news to the poor.

He has sent me to bind up the brokenhearted,

to proclaim freedom for the captives

and release from darkness for the prisoners,

to proclaim the year of the Lord’s favor

and the day of vengeance of our God,

to comfort all who mourn,

and provide for those who grieve in Zion—

to bestow on them a crown of beauty

the oil of gladness

and a garment of praise

instead of a spirit of despair.

They will be called oaks of righteousness,

A planting of the Lord

For the display of his splendor.”

My passion as a psychologist always has been to share the good news, bind up the brokenhearted, and comfort those who mourn, to His glory.

Have you ever listened to the subtle (or not so subtle) lies being whispered to you? Have you ever allowed those lies to keep you from living, and working, and operating in the calling God has on your life?

If so, don’t fall prey to another lie that you are alone in this! 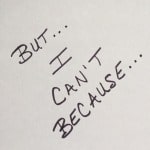 We are in good company:

Jeremiah was appointed to be a prophet before he was even born (Jeremiah 1:5), and yet he didn’t feel equipped and considered himself only a child.

Moses believed the lie that he should not be used by God because he was not an eloquent speaker, and was “slow of speech and tongue” (Exodus 4:10).

God’s encouragement to Jeremiah is applicable to us today:

There is great news: God has promised that even though we may face opposition, we need not worry because we will not be overcome. He has promised to be with us and rescue us!

“’They will fight against you but will not overcome you

for I am with you and will rescue you,’

Best of all, God has promised that although we may not be fully equipped to the tasks He has planned for us, His grace is enough for us to get us through, and it is in those times when we are weak that his power is perfected in us.

God’s grace is enough to get us through-His power is perfected in our weakness.

‘My grace is sufficient for you,

for my power is made perfect in weakness.’

Therefore I will boast all the more gladly about my weaknesses,

so that Christ’s power may rest on me.”

So the next time you feel that prompting to do something, listen to the excuses you are tempted to make. Go a little deeper to identify the lies you may be believing behind the excuses. Remember God doesn’t call the equipped – He equips those He calls!

God doesn’t call the equipped – He equips those He calls!