Suicide Risk in Children and Teens 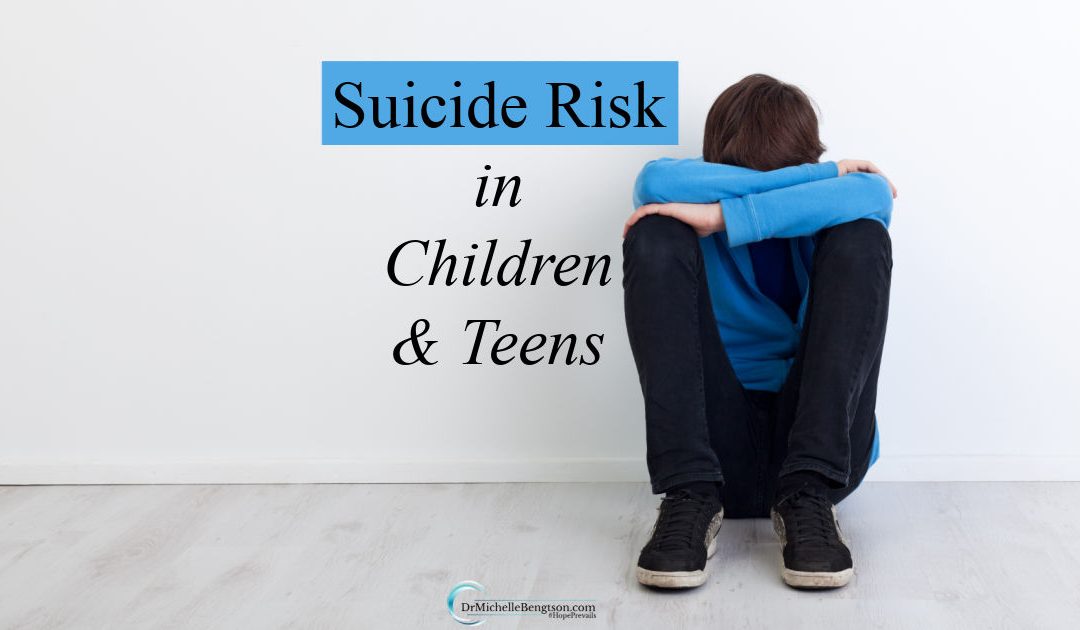 Depression always carries with it a high risk of suicide. Sometimes people will have a tendency to think that those who talk about suicide are just trying to get attention, but anyone who expresses suicidal thoughts should be taken seriously. Never assume it’s “just an attention-getting measure”—that could be a mistake that costs someone their life.

Suicide is the 10th leading cause of death in the United States for all ages. There is one death by suicide in the United States every 13 minutes. There is one death by suicide for every estimated 25 suicide attempts. Adolescent suicide is the 2nd leading cause of death, following accidents, among youth and young adults in the United States. It is estimated that 500,000 teens attempt suicide annually, with at least 5,000 dying by suicide each year. Suicide is an act of desperation and teen depression is often the root cause, so it is imperative that you seek help if you suspect your child may be depressed.

From 1950 to 1990, the suicide rate for adolescents in the 15-19 year old group increased by 300%. Adolescent males 15-19 years old had a rate six times greater than the rate for females. One of the most vulnerable groups for completed suicide is 18-24 year olds.

In adolescents, firearms is the leading cause of death by suicide. Ninety percent of teens who kill themselves have some type of mental health problem (depression, anxiety, substance use) or behavior problem. They may also have problems at school, or with friends or family. Some have a history of sexual or physical abuse.

Most teens do not spend a long time planning to kill themselves, rather, it usually occurs after an event that produces feelings of failure or loss.

Knowing the suicide risks in children and teens as well as the warning signs could save lives. #mentalhealth #hope #teensuicide

While this discussion can be frightening, if not alarming, to some adults, there are specific risk factors and warning signs that parents can look for in their children:

Kids who have had a history of physical or sexual abuse, chronic or debilitating physical disorders of psychiatric illness, and/or alcohol use or alcoholism are all suicide risk factors.

The more depressive symptoms your child exhibits, the greater your concern should be. When children and/or teens express hopelessness about their future, or talk as if no one cares about them, or they become more socially isolated, these are all concerning warning signs.

Parents should become more concerned when their child or teen exhibits increased crying OR reduced emotional expression, or if they engage in increased risk-taking behavior, or engage in increased acting-out of undesirable behavior (e.g. behavioral or sexual acting out).

Parents should take note when their child or teen is found to use substances to assist with sleep or for relief from mental or emotional pain. Another warning sign that someone is considering suicide is when they begin to prepare for their own death by doing things such as writing letters or giving away their possessions. When one’s child focuses on morbid or negative themes, talks about death and dying or suicide, or threatens to kill themselves, it’s time to seek professional care.

**If you notice any such behaviors in your teen, seek help from a mental health professional or suicide hotline immediately (see number below.)

Another myth needs to be addressed: Many believe that discussing suicide with their child or teen will make them more likely to attempt suicide. The reality is that talking about their feelings may make them feel less hopeless and sad. Asking them if they ever think about hurting themselves or others will not “put the idea in their head”—chances are they’ve already considered it, and by asking, you are giving them a chance to share in a safe place.

If your child or teen admits to having suicidal ideation, and you don’t have a mental health provider, we will provide the number for the national suicide hotline as a resource.

I pray that you will fill their mouth with laughter and their lips with shouts of joy! (Joel 8:21)

Depression always carries with it a high risk of suicide. There are specific risk factors and warning signs parents can look for in their children and teens. #mentalhealth #hope #teensuicide 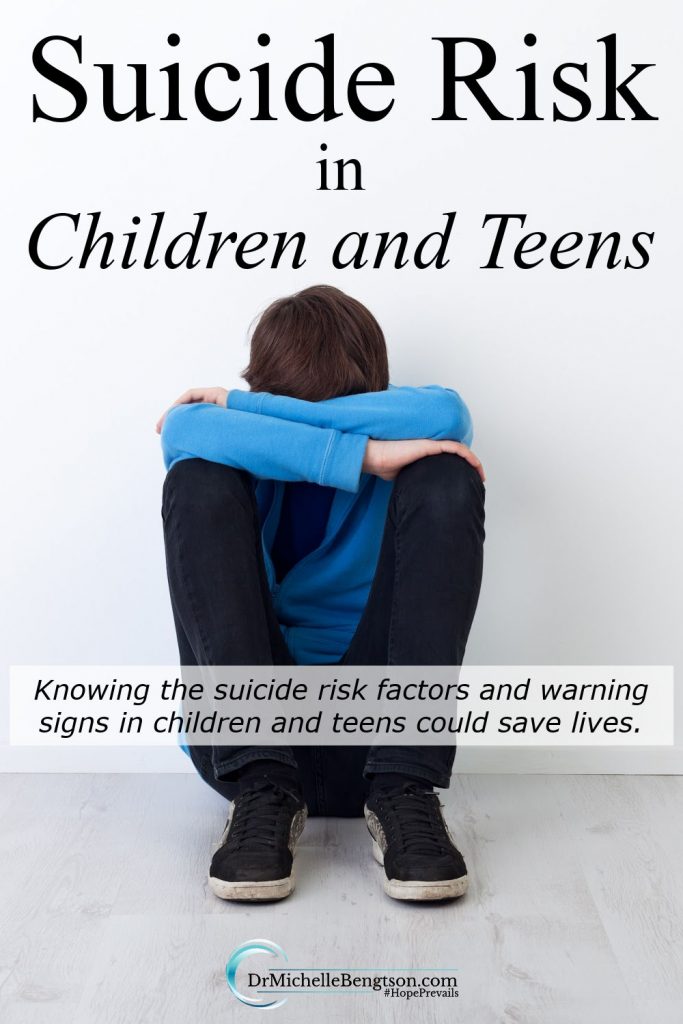