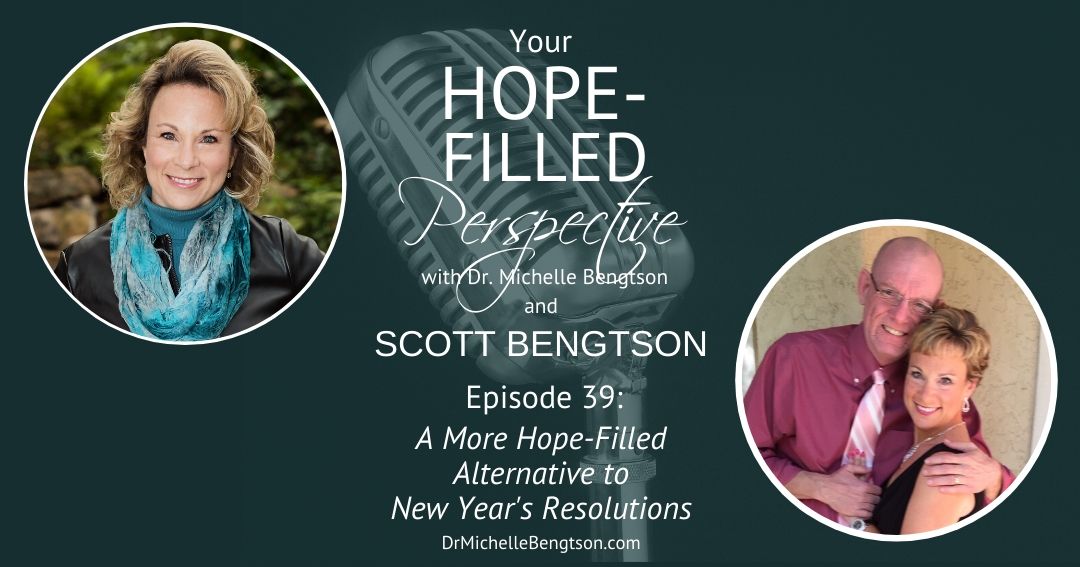 If you have ever failed at accomplishing a New Year’s resolution and then felt bad about yourself, then this is the perfect episode for you. The New Year always seems to impose a “re-set,” if you will, on our lives, and often it brings with it the expectation of life-altering changes in the form of resolutions which days later have a tendency to usher in feelings of defeat and failure. But that doesn’t have to be. In this podcast episode, Scott and I will discuss some healthy alternatives to the fateful New Year’s resolution. 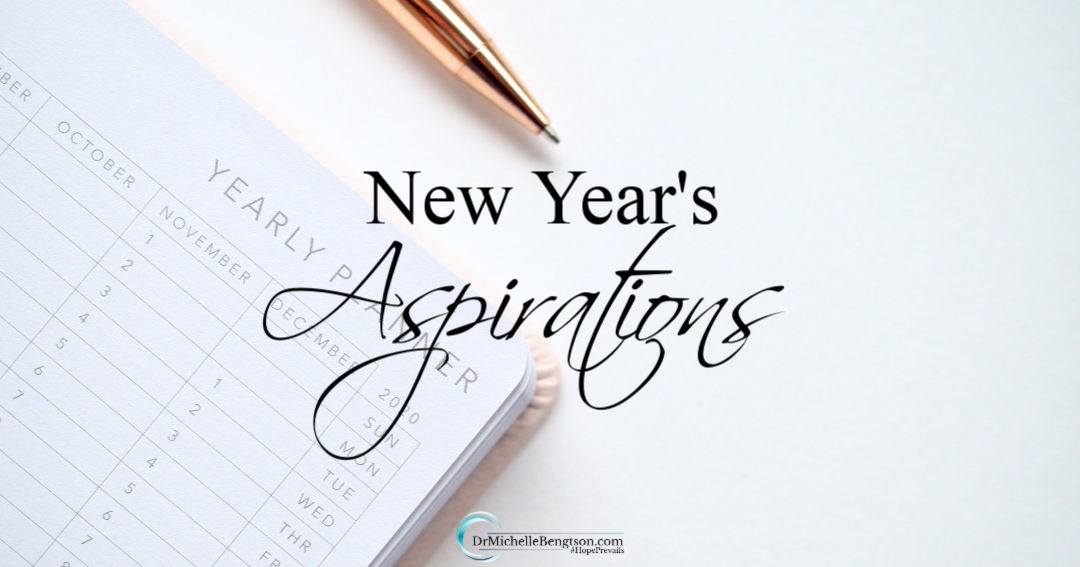 At this time of year, everyone is talking about making resolutions. I’m not much of a fan. Instead, my New Year’s aspirations are more about a challenge of sorts. Each year, I select one word, theme or phrase of the year that sums up who I want to be or how I want to live in the new year. Read more about this practice that’s born much more fruit in the long run than I’ve ever seen come from even the best-kept resolutions. 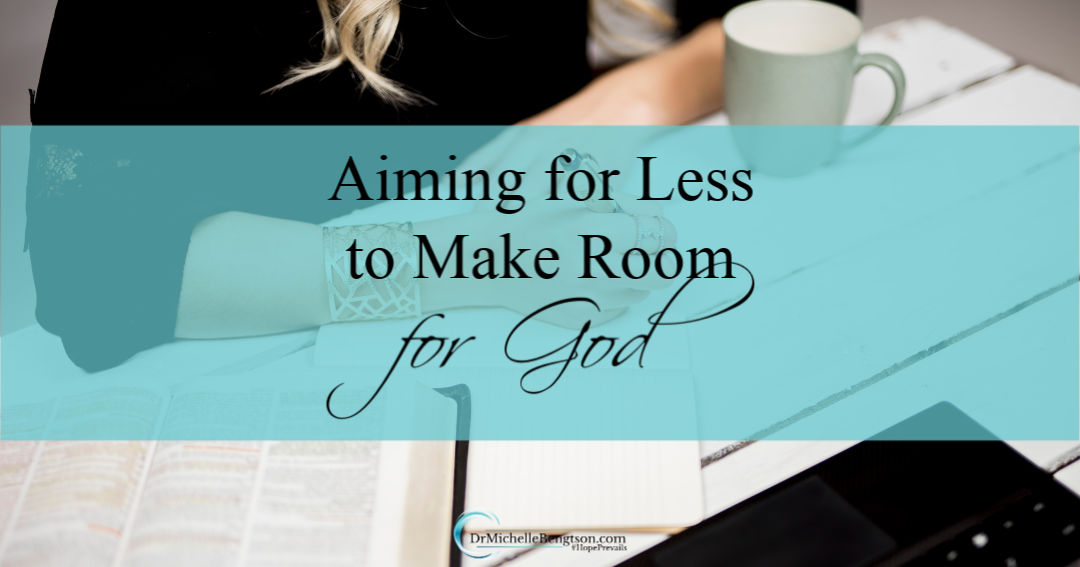 Aiming for Less to Make Room for God

It happens every year. About a week before the calendar rolls over and ushers in a new year, I start seeing posts about New Year Resolutions, and offers for courses and strategies to “Make this the best year ever” for weight loss, organization, dreaming bigger, exercising more and weighing less. You get the idea. Instead of setting New Year’s Resolutions that require that I do more or be more, I’ve decided I’ll aim for less so I can make room for God. Let me explain. 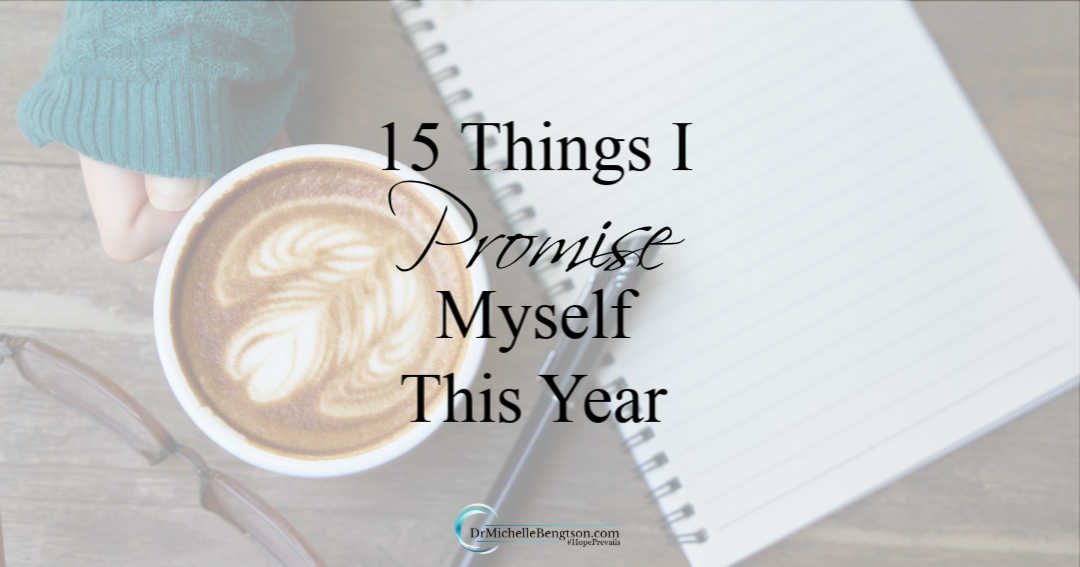 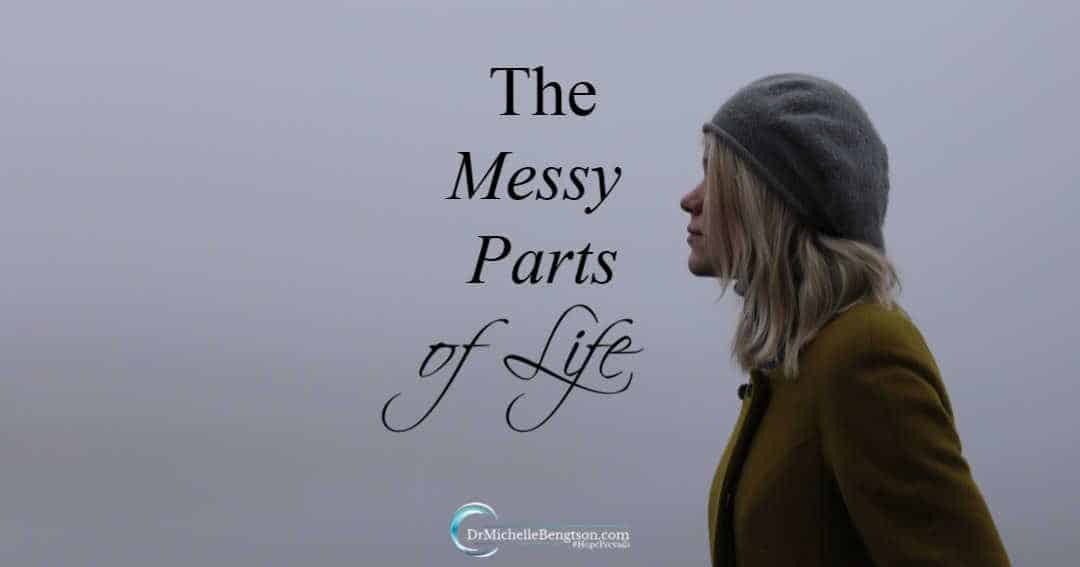 The Messy Parts of Life

The new year is upon us now, but as is common at this time of year, it has me reflecting on the past year. As I think back on the past year, one word comes to mind: Messy. I lost several loved ones prematurely for my liking. Several relationships proved challenging and difficult. Changes in business and ministry direction occurred which I wasn’t expecting. And several friends and I received painful cancer diagnoses and began treatment.

Those were things that primarily happened to me. Things I wouldn’t wish on anyone.

Yet our messes don’t just include the things that happen to us, do they?