The Birth Of A Dream 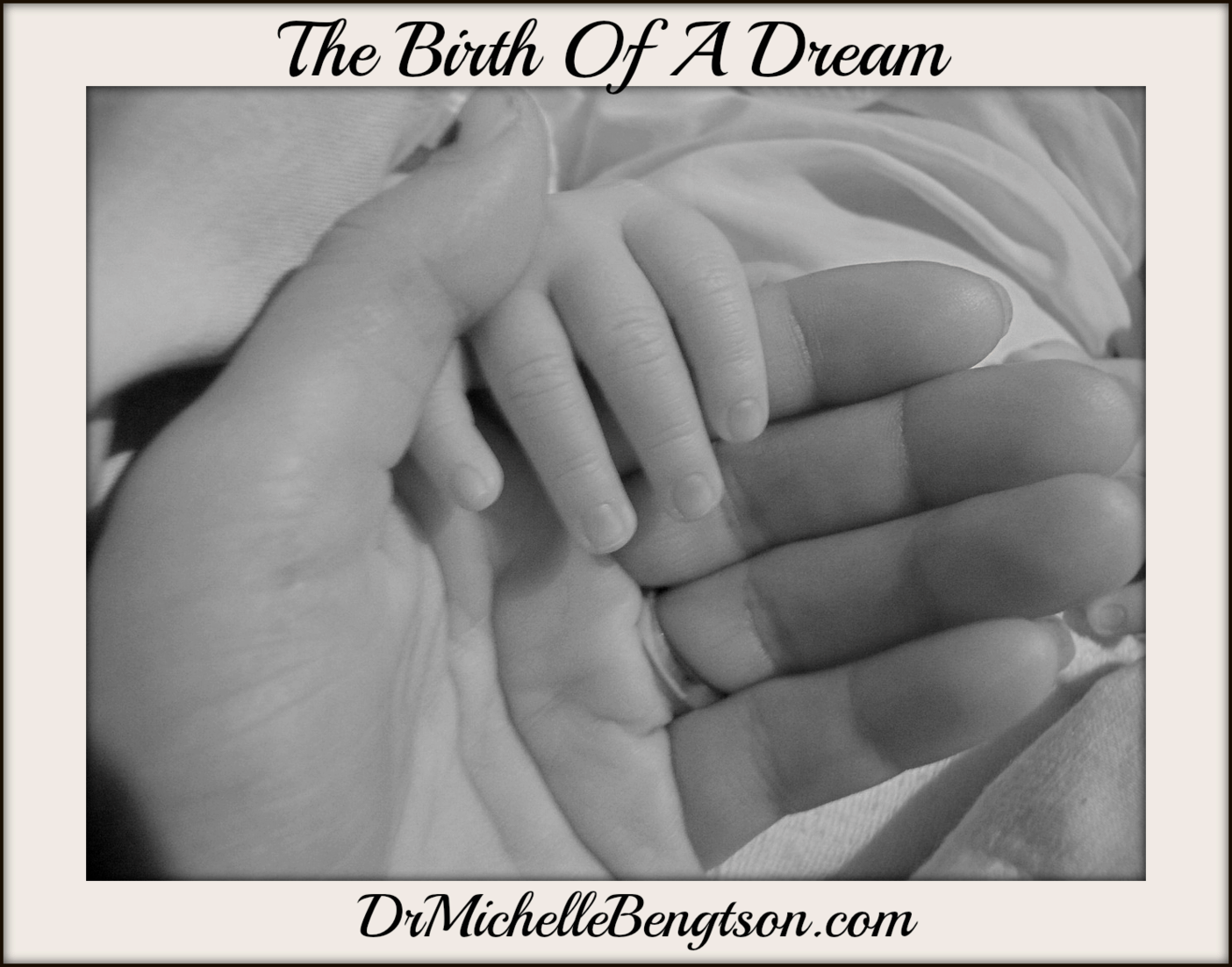 Have you ever had a dream?

I’ve entertained several in my life: becoming a doctor, having children, and writing a book.

I accomplished the first over 20 years ago, before I was old enough and wise enough to realize that sometimes dreams don’t become a reality.

I was blessed with the second dream a few years later.

And the third? It’s a work in progress, and I’m happy to say I sent off the first completed draft to my publisher about a week ago. As I did, I was surprised by the feeling of being overwhelmed with a flood of different emotions.

I anticipated being ecstatic, so why the tears running down my cheeks?

As I shared with a friend that I had just hit “send” and asked for her prayers that God would take it from here, use it for His purposes, and prepare the hearts of those He wanted to minister to through it, she hit the nail on the head:

“Does it feel a little like you’ve just given your baby up for adoption?’

That rang true for me in many ways. As I thought about this dream that God planted in my heart as a young girl, I realized there were many similarities between having a baby and writing a book:

-For me, both required about 9 months to deliver. Now the idea of writing the book came to me a couple years ago, and then came the long, arduous process of writing the book proposal and sending that to agents and editors. But from the time it was contracted with a publisher until I finished the first draft, it took almost 9 months.

–There are obstacles along the way. With my pregnancies, there were questions regarding could I carry my babies to term, not to mention the physical obstacles…after a certain point I could no longer see my feet, nor reach the pedals in my car. With my book, there were health obstacles that sidelined me for months, there were assaults on my confidence and self-esteem, and there was the difficult balance between writing and my real job.

-Both after the birth of my children, and after hitting “send” to email the manuscript to my publisher, I found myself overwhelmed with a flood of emotion: happy, excited, in shock, relieved, nervous, doubtful.

For me, with both of them, after birthing them, I found myself pretty quickly  wondering first, “What have I done?” then “What now?” Before you’ve experienced it for the first time, you really can’t be realistically prepared for either birthing a baby or a book. With both dreams, I quickly learned neither came with an instruction manual. The only thing I could be sure of was that God would lead and guide me-I didn’t have to figure it out on my own.

The only thing I could be sure of was that God would lead me-I didn’t have to figure it out myself. #mentalhealth

He called me to share my story-not to do so would be selfish & disobedient. #TrustingGod

There were many days during my pregnancy and during the writing process that I thought to myself, “I’m not sure I can do this!” There were also days I wondered if it was cruel to bring children in the world today. Let’s face it, there were also times I candidly wondered, “What am I getting myself into?’

In that moment when the baby is born, and when I pushed “send” on the email sending my manuscript to the publisher, I experienced such an overwhelming flood of emotions. I was unprepared. I expected to be happy or excited, but overwhelmed? Panicked? Nervous? Sending the book to the publisher felt like handing my child over to a new babysitter or to be adopted…would they care for my baby like I would?

With either dream, the question ultimately was “will I trust God with it?”

With any dream, the question ultimately is “will I trust God, the dream-giver, with it?” #mentalhealth

I learned that no matter what the dream, it requires courage, creativity, and persistence.

One thing I learned through both experiences is that if God brings you to it, He equips you through it.

If God brings you to it, He equips you through it. #mentalhealth

“He who began a good work in you will carry it on to completion until the day of Christ Jesus.” Philippians 1:6

Perhaps the most important thing that I learned was that with God, your dreams can become your reality.

With God, your dreams can become your reality. #mentalhealth 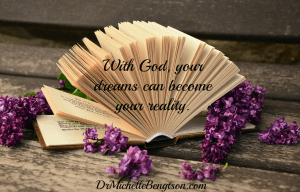 What dream are you pursuing? In what ways does it stretch your faith?

Would you like to receive Dr. B’s blog posts by email? When you sign up, you will also receive a Free PDF with God’s Promises for Hard Days in index card form. Sign up for Hope Prevails.