The Heartache of Father Wounds: Three Reasons to Embrace God as Father 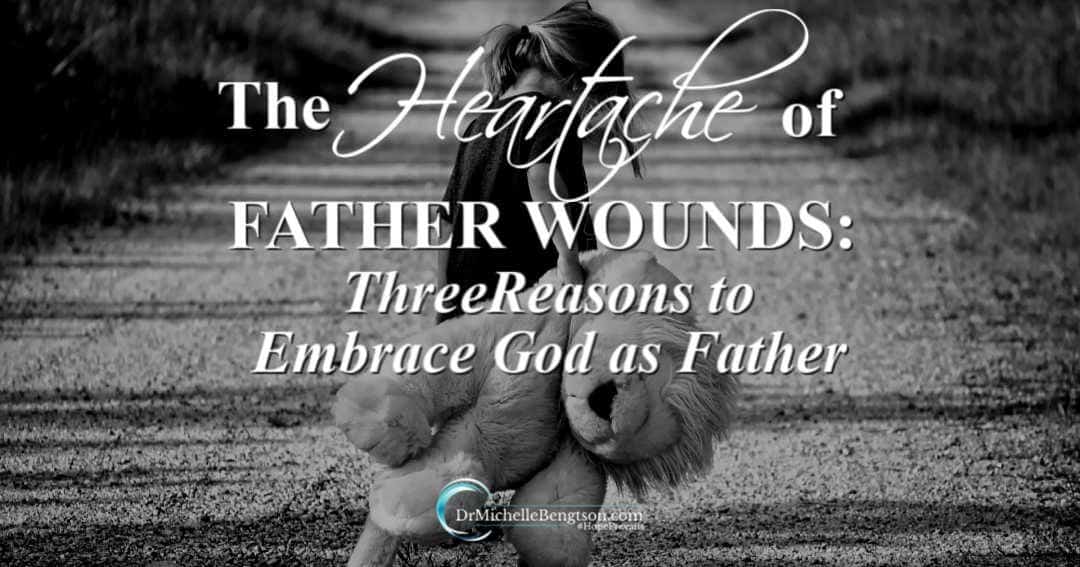 In May, I had the opportunity to interview a guest on “Your Hope-Filled Perspective with Dr. Michelle Bengtson” on the topic of healing from mother wounds. We received such positive feedback following that episode, that with Father’s Day, we decided to also discuss the issue of father wounds.

On that episode, I talked with my friend, Lisa Burkhardt Worley, author of The Only Father I Ever Knew: How a Fatherless Child Finally Found True Love. If you missed that episode, I hope you’ll take the time to catch the replay, Hope for the Fatherless.

As one who suffered through fatherlessness, and learned to relate to God as her Daddy, I’ve asked Lisa to share more with us here.

The Heartache of #Father Wounds: Three Reasons to Embrace God as Father. Lisa Burkhardt Worley @pearlsofpromise shares from her experience of #fatherlessness.

The Heartache of Father Wounds: Three Reasons to Embrace God as Father
By Lisa Burkhardt Worley

Father wounds run deep and because of that we often transfer the attributes of our earthly fathers to God. If our biological dad was harsh, then God must be harsh as well. If our father died before we were born, then the Maker of the universe often becomes a mysterious, distant being who appears only to render punishment for sin. When an earthly father abandons us, we might believe God doesn’t have the time, nor does he care about our needs. He’s far too busy managing the rest of creation.

In order to overcome father wounds, and a distorted viewpoint of our heavenly Father, we must press into Scripture to portray an accurate character sketch.

The following are three truths about our Father God found in the Bible:

1. God has compassion for us. Psalm 10:14 says, “But you, God, see the trouble of the afflicted; you consider their grief and take it in hand. The victims commit themselves to you; you are the helper of the fatherless.” God allows mankind to have free will, and because of that, wayward fathers can make poor decisions.

The Old Testament refers to God as Jehovah-Roi. Translated, it means “the God who sees.” He sees the dysfunction our fathers cause, and has compassion for us in the midst of it, yet we are still called to forgive our dads as our heavenly Father forgave our sinful mistakes.

My own father, a doctor, died from a massive heart attack while competing in a polo match, two months before I was born. I didn’t think there was a need to forgive my dad. He couldn’t help it that he was sick, but after participating in a healing exercise called “The Father Ladder,” I realized that I harbored deep resentment in my heart.

If my father hadn’t died, we wouldn’t have been so poor.

If my dad had lived, my mother might not have struggled with mental illness the rest of her life.

If he’d been around, I would have received direction for my life.

As I worked through each concern, I came to the conclusion that I needed to verbally forgive my father for dying. As God has declared us “not guilty” through the shed blood of his son, Jesus, we must pardon our earthly fathers as well.

2. God desires an intimate relationship with us. Psalm 139:1–3 says, “You have searched me, LORD and you know me. You know when I sit and when I rise; you perceive my thoughts from afar. You discern my going out and my lying down; you are familiar with all my ways.”

When I was fourteen years old, a friend led me in a prayer to receive Jesus Christ as Lord and Savior, however I fell away from that relationship until I experienced a career crash that led me back to church. Once I rededicated my life to Christ in my mid-thirties, I thirsted for more intimacy with my heavenly Father, and began to experience a sense of closeness through daily Bible reading and prayer.

God wants his children to thrive but it requires one-on-one time with him.

3. God loves us with an unfailing love. Psalm 36:5 says, “Your unfailing love, O LORD, is as vast as the heavens; your faithfulness reaches beyond the clouds.” God will never stop loving us, no matter what—but we occasionally doubt God’s love, don’t we?

Ephesians 3:18–19 says it actually takes power from above to understand how wide, long, high and deep is the love of Christ. It also requires faith to trust in God’s love. We must accept and believe verses like “The Lord is compassionate and gracious, slow to anger, abounding in love” (Psalm 103:8) and “See what great love the Father has lavished on us, that we should be called children of God!” (1 John 3:1).

It takes faith to believe what the Word of God says about our heavenly Father’s unfailing love.

God cannot be compared to a human dad who abandoned us as a child or as an adult, leaving us with father wounds. Our heavenly Father will never disown us. He promises he will never leave us nor forsake us.

If you haven’t already, won’t you take time to crawl up in your Abba Daddy’s lap and thank him for his love? He is waiting to be the father you never had.

#Father wounds run deep. How do we overcome those wounds and learn to relate to God as Father? Read more here as Lisa Burkhardt Worley @pearlsofpromise shares from her own experience of #fatherlessness. 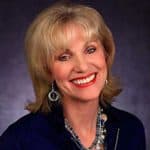 Lisa Burkhardt Worley is the founder of Pearls of Promise Ministries and is an award- winning author of eight books and a Bible study, including her most recent offering to help the fatherless, The Only Father I Ever Knew: How a Fatherless Child Finally Found True Love. A former national television sports reporter and anchor, she also co-hosts an international radio show called “A Time to Dream.”

For more information or to reach Lisa, connect with her here: Pearls Of Promise Ministries / A Time To Dream / Facebook / Twitter 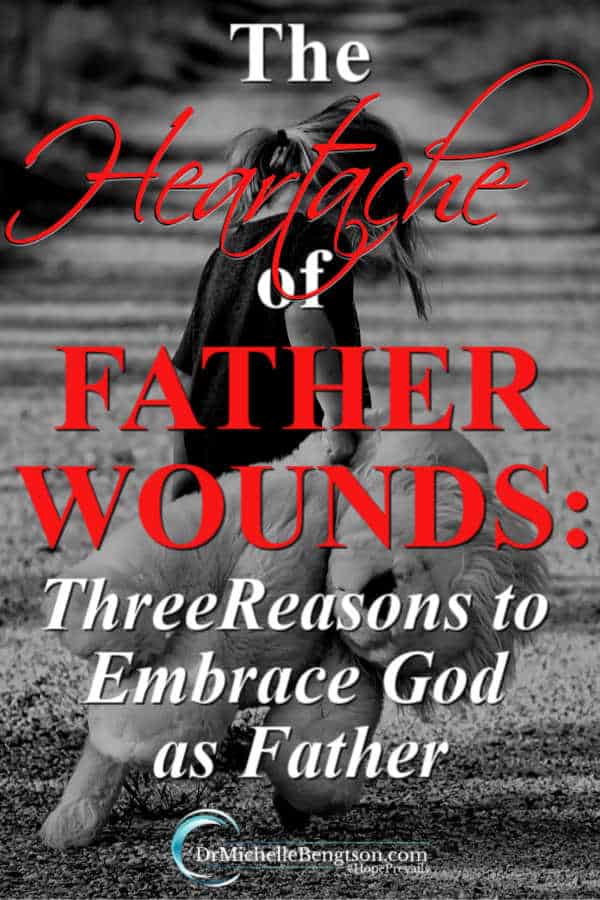