Til Death Do Us Part: Making the Daily Choice 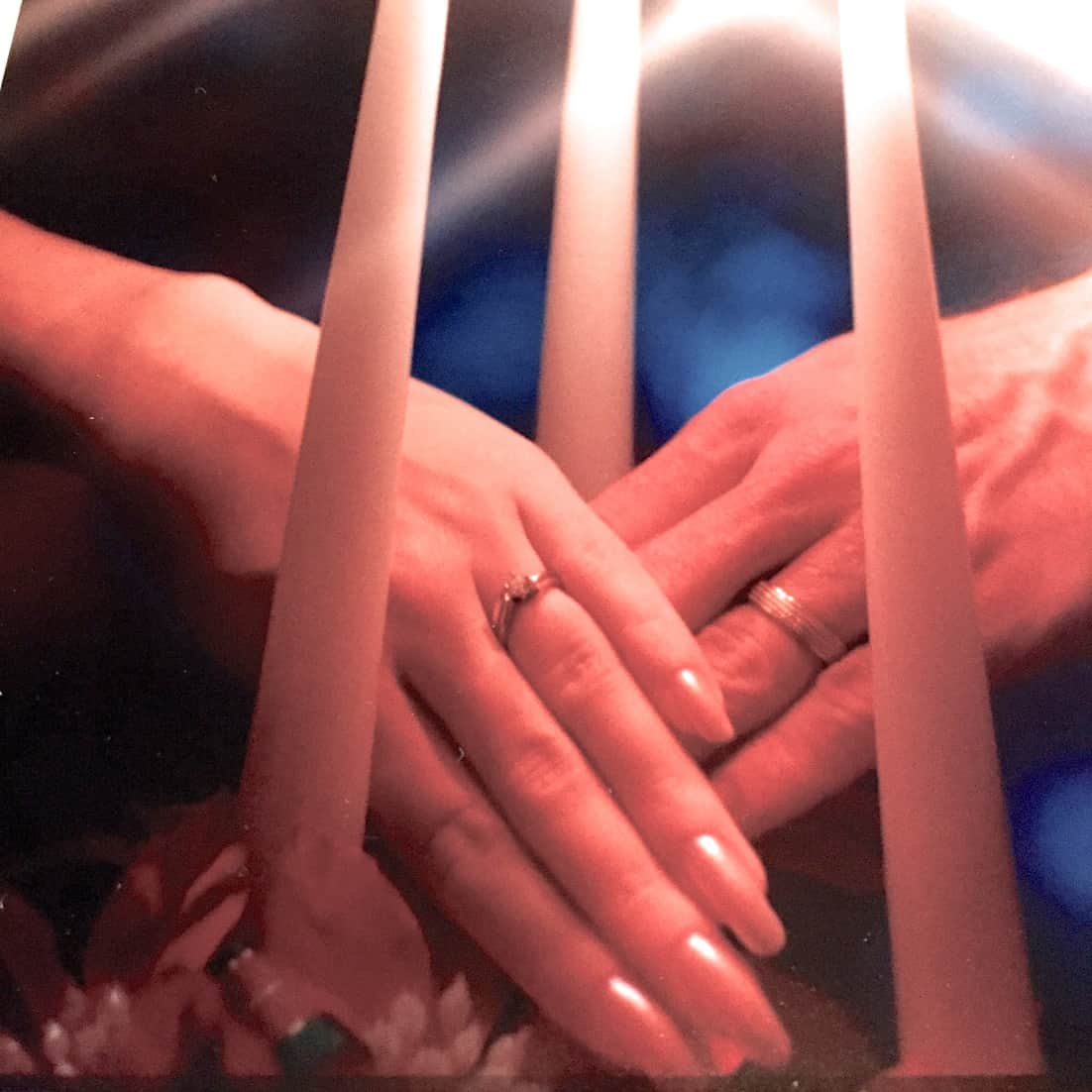 “A cord of three strands is not easily broken.” Ecclesiastes 4:12

Those were the words I vowed 27 years ago. Twenty-seven years ago I had no idea how much my commitment to those vows would be put to the test.

I was very young and naïve when I got married. Looking back, I really had no idea what I was getting myself into. How could I? I had never made a life-long commitment to anything or anyone before.

It wasn’t long after the honeymoon that I realized what I had just done…I made a commitment to be in a relationship with someone forever. If I’m being honest, while I loved this man, it scared me to death. I really wasn’t sure how I could live that out for multiple decades to come. At that point, I wasn’t even sure who I was. I went from living with my parents to living with my husband, and hadn’t had a chance to discover who I was or what I liked or wanted from life.

Soon after I said “I do,” I began to see the little things in my husband that I had been blind to prior to marriage. They were truly little things (like, no matter what the item was, he always put one more fold in it than I would), but if I wasn’t careful (and sadly, I often wasn’t), the little things bred bitterness and resentment.

It was a choice to remain committed in the better times and the worse.

It didn’t take long after saying “I do” to realize that marriage was hard work. There were times I felt stuck. Some days I felt lonely despite not being alone. Many times I felt misunderstood, unloved, or unappreciated. And those were times experienced within the normal day in and day out of daily life, when life was really pretty good.

Then came the stresses from my attending graduate school, and the social, emotional, and financial burden of those years. We knew the statistics going in – most marriages when one partner is in graduate school end up in divorce – and we were determined that this would not be us. But I can’t sugar coat it – those were very difficult, extremely stressful years.

As a result of the requirements of my profession and transfers within his, we ended up having a commuter marriage for multiple years – which meant having two households but just barely more than one income. It meant extended periods of not seeing each other, and periods of working off-schedules making even catching up by phone a challenge. And this was back in the day before cell-phones, text messages, instant messaging, skype, or email! Those were days that required we not only love but also cherish the other – even when it was long distance.

Between the two of us, we moved something like 8 times in 4 years. That added a dimension of stress and chaos to our marriage that neither of us was prepared for.

There were those difficult times when life brought such hard circumstances, like job loss, that we had to choose again to remain true to each other not only in richer but poorer as well. There were times we had to choose to be so grateful that we could trust our spouse had our back.

And then there were those devastating times when we went through such tragedy from cancer to other life threatening health concerns and miscarriage, that we had to choose again to stick with each other not only in health but sickness as well.

I wish it wasn’t true, but over time-after tragedy upon tragedy, I began to guard my heart. We endured much more heartache than one couple should ever have to suffer. I unconsciously began to protect myself emotionally – I didn’t ever want to be caught off-guard to life’s tragedies again, because they hurt too much and took too great a toll.

I shudder to think how I wounded my spouse’s heart in my efforts to protect myself. He was the one God chose for me as His gift to my life. God knew from the start that it was not good for man to be alone, and just as He gifted Adam with Eve, He also gifted me with my spouse.

Just as in the Garden of Eden when the enemy created dissention between Adam and Eve, the enemy seeks to destroy every marriage today.

Just as the enemy created conflict between Adam & Eve, he seeks to destroy every marriage today.

Just as God knew the exact person to compliment my needs and areas of strength and weakness, He knew what my spouse needed as well. He brought us together and knit us as one cord with Him, and a cord of three strands is not easily broken.

Now when I feel hurt or frustrated by the little things (and sometimes not so little, if I’m being honest) my spouse does, I choose not to take on a spirit of offense. I choose to remember that it is not his God-given character to intentionally try to hurt me, the gift God gave him, but that

it is the enemy’s work in our fallen world to cause conflict where God called for unity.

By remembering this, it allows me to keep a softened heart toward my spouse, and to make a daily choice to have and to hold from this day forward, for better or worse, for richer, for poorer, in sickness and in health, to love and to cherish, from this day forward until death do us part. Twenty-seven years later, I’m grateful for the gift of marriage and for the specific husband God gave me, and I’m grateful for the choices I made for worse, for poorer, and in sickness as well as for better, for richer, and in health.

Marriage requires sacrifice & a daily decision to choose your spouse.

How can you show your conscious decision to choose your spouse today? 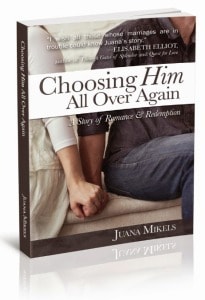 (This blog is written as part of the blog tour for my friend, Juana Mikel’s book “Choosing Him All Over Again: A Story of Romance and Redemption.”

I’d recommend Choosing Him All Over Again: A Story of Romance and Redemption to anyone who is married or considering marriage.

You can find it at your local bookstore or Amazon.com.