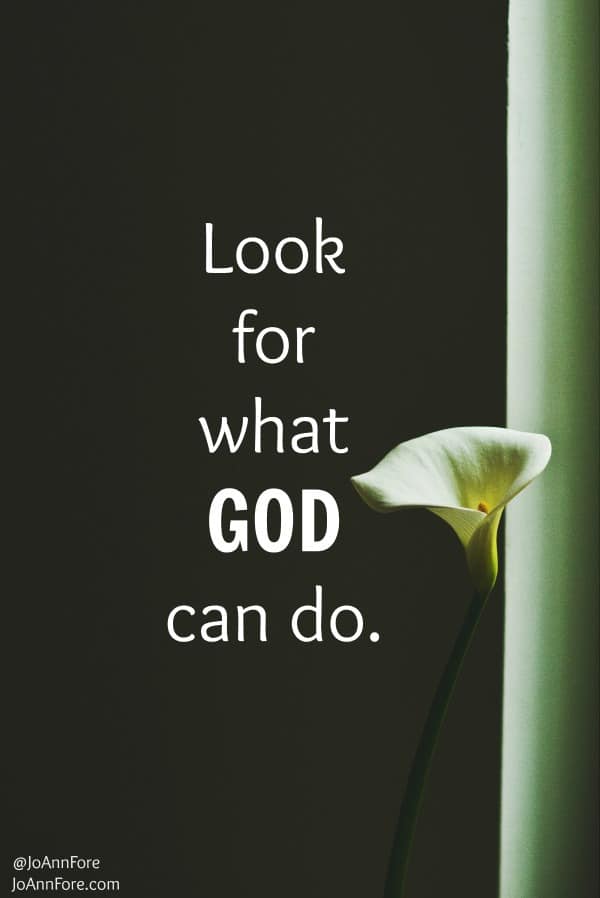 I used to crave control. Still do at times.

Left to myself, I lean towards an unhealthy penchant for running my own life. {Because I fear what will happen if I don’t.} I can find it hard to surrender to God. To trust Him. Especially when life doesn’t make sense.

But I am learning how there’s a difference between control and self-control, between the fearful need to lord over the lives of others and the more mature decision to rely on God to work things out.

Why did they have to die, God?

Why did we take such a hard financial hit?

Why am I plagued with this lingering illness?

Indeed, Jesus and I have walked some hard days together.

I wish I could say I spent most of those days chasing him rather than chasing answers, but that wouldn’t be true. I was desperate to understand how such a big God could allow such hard things. So I asked him. A lot.

Because even if I could no longer prevent the circumstance, then surely understanding it would help. If I could somehow explain these days, I could then at least choose what was next for me. And even a remnant of control felt better than none at all.

I wonder if you’ve felt it too, this way that fear and desperation tends to twist our philosophy and beliefs.

Not that God minds our questions—just that most of mine were unnecessary. Because a compulsive need to understand can sometimes leave you asking the wrong questions.

I’m reminded of a day Jesus and his disciples were walking down the street in Jerusalem and they passed by a blind man. It’s hard to tell this far on the other side of that experience, but it appears to me someone might have been casting some unfair blame that day (see John 9).

“Whose sin caused this?” the disciples asked Jesus.

Can’t you just see them turning to Jesus with a curiosity similar to my own? Perhaps needing to hold someone responsible, needing something to point a finger at?

But watch Jesus stir a fresh perspective. Because that’s the sort of thing he does when he sees us headed in the wrong direction.

“You’re asking the wrong question,” Jesus said. “You’re looking for someone to blame … Look instead for what God can do.”

Look for what God can do.

It’s a level of maturity that doesn’t come easy, this replacing our doubts with God’s promises. But there’s a powerful shifting that takes place when we’re willing to abandon our right to understand and instead yield to God’s work in our lives.

I may never have my answers but if I can cooperate with God, if I can learn to trust him and surrender these hurts to him, somehow he can use this pain. He promises.

However if I continue to blame God, if I get stuck in the why of it all, I’m tempting a hard-heartedness that could eventually wreck me.

Look for what God can do.

What if in the midst of any doubts or confusion or anger, we start viewing life less of a riddle and more of an opportunity for God’s healing touch?

What if God wants to heal our hurts with such a complete wholeness that folks won’t even know we’ve been wounded {unless we tell them}?

It’s what he did with the blind man. Jesus performed an incredible miracle through that particular circumstance, healing that man so well that even people who knew him before could no longer recognize him.

If you were encouraged by Jo Ann’s post, consider sharing it with others. AND you’ll want to grab the e-version of her book When A Woman Finds Her Voice: Overcoming Life’s Hurts & Using Your Story to Make a Difference. It’s on a crazy sale for only 99 cents today! 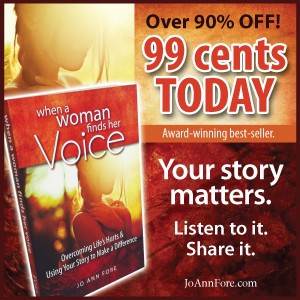 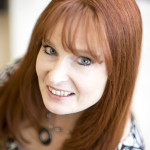 Jo Ann Fore loves peppermint tea, big leafy salads, and fistfuls of chocolate. She and comedy-magician husband, Matt, live in Tennessee, where she talks incessantly about her grandchildren to anyone who will listen. A popular blogger and certified Life Purpose Coach, she is the award-winning author of When A Woman Finds Her Voice: Overcoming Life’s Hurts & Using Your Story to Make a Difference.  Connect with her on Facebook & Twitter @JoAnnFore.