Two Triggers for the Post-Holiday Blues 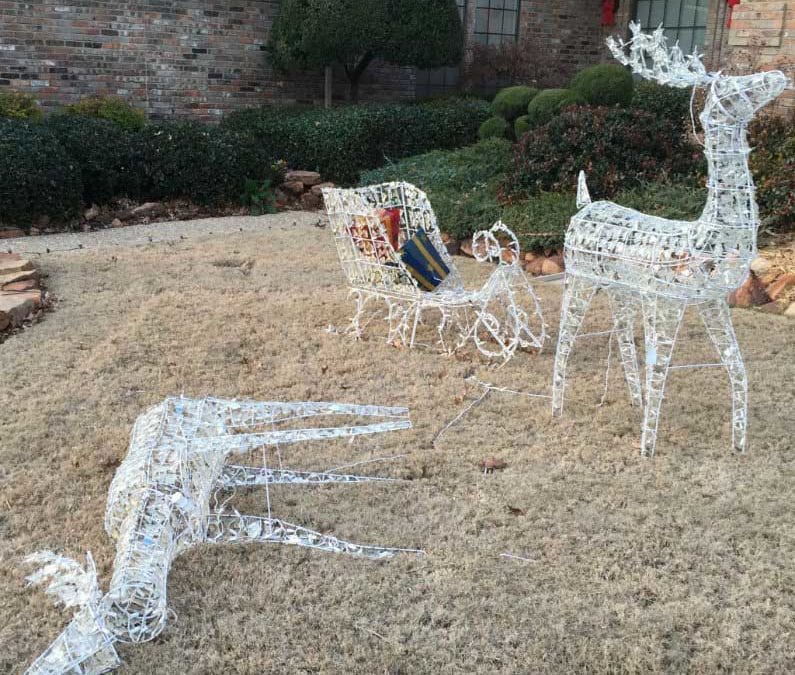 I held it in as long as I could-until I couldn’t.

When my husband came in and said he was fixing the kids lunch, he asked if I wanted anything. He offered soup…beef and barley. After over two decades of marriage, he still didn’t know that I hate smoked foods and I hate barley.

That was when I lost it.

I started to cry. You know the kind-the ugly cry. He, of course, couldn’t figure out why. Here he was offering to make me lunch and I was crying.

It wasn’t about the lunch. It was about being let down by my expectations again.

My joy had certainly been deflated again that Christmas.

I remember it like it was just days ago.

Days after Christmas I was in a puddle of tears because things had not played out the way I had expected:

Where had I gone wrong? Unfortunately, that wasn’t the first year this type of scenario had played out in my mind and in my heart.

I could trace the root to a couple of factors.

First and foremost, as much as we talk about it,

I still fell prey to making Christmas about the things rather than the Christ.

A little less-so this year than some years past, but still I had put more emphasis on the buying and wrapping, and baking and serving, than on the birth, ministry, and love of the new-born king.

Anything short of all out celebration of Christ will leave us short on peace & joy.

The second factor that has a big impact on whether or not we experience the post-holiday blues, is the degree to which we have other things to look forward to. With Christmas behind us, and the event which has had such intense focus in our minds, in our schedules, and in our wallets for several months, there is apt to be a let-down without a new focus.

I had vaguely considered my focus for the next year, but had not given it high enough priority, planning, or forethought. So when Christmas was over and I was left with only the clean-up and nothing on the horizon to direct my attention toward, I found myself in a heap of tears and self-pity.

If you are struggling with the post-holiday blues, I encourage you to consider what your next focus will be.

If you have the post-holiday blues, consider what your next focus will be.

For example, how will you show Christ’s love more deeply this next year? How will you grow closer to God in your spiritual walk? How will you create time to connect with your family more regularly in the coming year? What will you do to improve your physical health?