CONFIDENCE IN THE MAKING 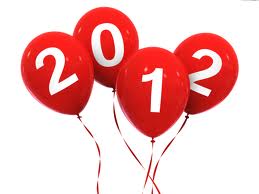 The year 2011 was, well, a capricious one.  It was a year filled with seemingly constant change. At times it felt chaotic, at times disorganized, at times tumultuous, while at other times the change that occurred was positive and planned for, but still foreign and required adjustment.

Roget’s thesaurus suggests that “capricious” could be equated with:

If you asked anyone who had frequent contact or interaction with me during 2011, they would attest to the fact that 2011 often seemed erratic, and some days definitely felt “helter-skelter,” while at times some of the people we interacted with seemed to “blow hot and cold,” and many situations that were thrust upon us seemed to be guided “any way the wind blows.”  I cannot look back on the year and say that it was “effervescent” or “fanciful,” or “whimsical!”  But I can recall times during the year in my own spirit of feeling “wayward” and “unstable.”

I’ve mentioned before that I’ve never been a huge fan of change.  Even change that lends itself to positive end results is not usually embraced readily by me, at least in the beginning. I’m not so proud, however, that I can’t look back and admit that good did come from something that I initially anticipated was going to be negative.  That’s how I feel now about the last couple of years, but especially last year.  My husband and I recently drew up a list of all the changes, just within my business, that we went through in the past year.  Some were self-initiated, and some were imposed upon us without our consent or warning.  There were over 30 such situations that yielded significant change over the year…that amounted to one every two weeks, although most required weeks if not months before or after to research, initiate, or adjust to!  If you had told me a year ago what I would have to face in the course of the next year, I likely would have raised a white flag!

As I reflect on that list, I can say with all sincerity that here, on the other side not one of those significant changes ended negatively.  Now, that’s not to say that there weren’t extremely difficult periods, situations that were negative while we were in the thick of it.  They were.  They were painful periods.  Periods when I couldn’t see how I was going to get through, or how they would end on a positive note.  Periods when I wanted to be anywhere or do anything other than what I felt stuck having to manage.  Yet, in the end, every instance of change resulted in us being better off for it, either personally or as a business on the whole.

My thoughts return to Psalm 118:5-6 (NIV) “When hard pressed, I cried to the LORD; he brought me into a spacious place. The LORD is with me; I will not be afraid. What can mere mortals do to me?” and Jeremiah 29:11 (NIV) “For I know the plans I have for you,” declares the LORD, “plans to prosper you and not to harm you, plans to give you hope and a future.”  God did see me, my family, my business through a hard year when I often felt “hard pressed.”  He did give us a hope and a brighter future.

Now at the precipice of 2012, I’ve taken a new attitude. I’ve jotted down the changes I want to see take place during the year and begun to look at the steps to make them happen, instead of fearing and avoiding change. Roget’s indicates that the opposite of capricious is: constant, dependable, sensible, staid, steadfast, steady.  That’s what I hope for in 2012.

I’m sure just like any other year there will be other changes, unanticipated changes, that will be thrust upon me.  Yet I hope to approach either type of change, that which I pursue or that which is forced, with constancy, dependability, and steadfastness, remembering that change very likely will end in a more positive position than where I started.  I stake my faith and my new-found confidence in Phillipians 1:6 “being confident of this, that he who began a good work in you will carry it on to completion until the day of Christ Jesus.”

Will you join me in embracing 2012 and the changes which will occur throughout the year?