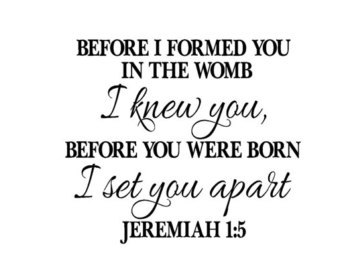 The media has given us countless story lines about misfits.  Just think of Rudolph…the reindeer with the shiny nose who was laughed at and not allowed to play in all the reindeer games.  Or what about that lovable, if not clueless Charlie Brown.  Within his own circle of friends he was made out to be the misfit…Lucy always jerked that football just in time to leave poor Charlie flat on his back looking toward the sky.  That’s probably only  mildly better than leaving him flat on his face!  Even Cinderella was made to feel like a misfit by her wicked step-sisters who fled to the ball to find their prince charming, while Cinderella was left in rags to clean up after them.

Has there ever been a time in your life when you felt like a misfit?  I have. I could probably fill a page with very little effort recounting numerous times when I felt like I didn’t belong.  I even did it to myself.  From an early childhood illness I was left with a deformed foot.  As a young child I can remember “punishing” that foot by allowing the other foot to lead when I would get up to walk, as if that deformed foot was a misfit part of my physical being or even brought it on itself.  During my early school years I can remember being treated like a misfit by classmates because I would study and earn good grades. That deformity kept me from many athletic pursuits so I didn’t fit into the “jock” group.  I wasn’t on the cheerleading squad, which back then by extension meant that you weren’t part of the popular group either.  I never had any interest in spending my weekend at parties drinking or experimenting with drugs, so that left me a misfit with many of my peers, only I was proud to bear that distinction.  It even happens within families when one child is made to feel like a misfit because she isn’t as pretty or he isn’t as athletic or she as smart as another sibling.

Sometimes, feeling like a misfit, unable to figure out your place in the family, society, or the world, can lend itself to feeling insignificant.  This weekend I heard it said that God thinks each and every one of us is significant to Him.  That can be a difficult concept to fathom, because in a world as large as ours with so many people, it can be hard to grasp the idea that God still knows each and every one of us.  Yet God has said, “Before I formed you in the womb I knew you, before you were born I set you apart…” Jeremiah 1:5 (NIV). God finds us so valuable, that he even knows the exact number of hairs on our heads (Luke 12:7)!!

Not only did God know me and know you before we were in our mother’s womb, He set us apart.  Then, because he loved us SO much, he sent his only son so that we would not perish but have eternal life (John 3:16).  And not only did God want to give us eternal life, but a full, rich life.  Jesus said in John 10:10 (Good News Translation) “The thief comes only in order to steal, kill, and destroy. I have come in order that you might have life – life in all its fullness.”