WHAT WOULD YOU DO IF…. 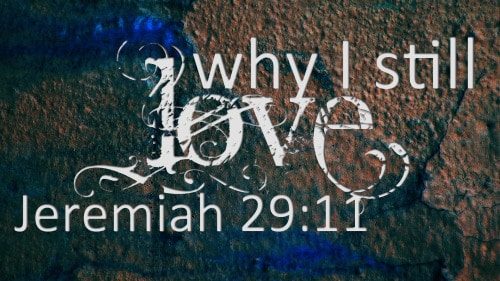 “What would you do, if you weren’t afraid to fail?”

I’ve always found encouragement in that quote, perhaps because for me, fear of failure has nagged me like a gnat since I was a small child. I’d push those thoughts aside only for them to fly right back in, and buzz around my head until I was in a dither.

I remember being at a cross-roads in my life many years ago. I was through the academic portion of my training and ready to embark on the more exciting, hands-on experience…that part I had been eagerly waiting for. But in my field, that usually meant moving to the locale where you selected, and didn’t often provide much opportunity to be picky if you were serious about staying in the field, not to mention get the best training. At that point I had been married 7 years. While we applied for internships locally, those opportunities were slim and didn’t really fit my area of interest. And while we tried to find my husband possible jobs in the areas that I was applying, it would mean him finding yet another job a year later when internship ended and I had to apply all over again for fellowship. We planned and prepared and strategized until we were dizzy. No matter how many spreadsheets or matrices we came up with, we could never plan for all the possible “what-ifs.”

What was not-so-affectionately coined “Bloody Monday” in the field (the “match” day when applicants were cut from consideration and sometimes left without a match, or hopefully were placed at a site where both the intern and the site felt good about the match) came and after six hours or so of waiting by the phone, talking with various interested sites, we finally ended up with a highly prized match placement in the field. But with that good news and excitement quickly came the reality that we would have a long-distance commuter marriage for the next year, only being able to rely on Southwest Airlines to pave the way to visit every six weeks or so. While I was excited about the opportunity, I was saddened at the reality that I would be living apart from the love of my life, as well as my family. I was going to be on my own, navigating my own path, exploring a new land by myself.

That was back in the day before cell-phones, text messaging, skype, and even before email was commonly known of. All our friends and family knew about match-day or Bloody Monday and consciously kept our phone line open for sites to reach me, all the while waiting eagerly to know my fate. After the deal was sealed and my husband and I knew where I would be spending the next year, we began to make the announcement phone calls, one by one, to all our family and friends. The reactions were mixed. Some were thrilled because they knew what a fabulous opportunity it was going to be for me training with some of the best in the field. Others were saddened because it meant a move for me…away from my husband, and away from them. And still others were angry with me for even considering a placement necessitating that I be away from my spouse. My own emotions were scrambled in there as well. I was excited! I was saddened at times and cried at the thought of leaving my home and those I cared so deeply for and leaving the familiar. As I’ve said before, I’m not a big fan of change, and Woah Baby! Was this going to top any change I’d been through before!! I had never been on my own before. I went from living at home with my parents to getting married and living with a husband. Now, not only was I going to live alone, but I couldn’t get back home readily. I was a struggling student and we had to scrape together everything we could just to afford for me to live in a separate dwelling.

As I prepared to leave on what I decided to consider “my new journey”, I came across a verse from the Bible that I couldn’t recall having ever heard before. It was the verse that has since become what I affectionately call “my life verse.”
Jeremiah 29:11 (NIV) reads “For I know the plans I have for you,” declares the LORD, “plans to prosper you and not to harm you, plans to give you hope and a future.”

There will always be uncertainty in life, yet God isn’t uncertain. His will for my life is for good and not for bad. He has a plan that while I can’t always see around the corner, I know I can trust. During the days when I felt lonely and alone, that verse brought comfort. It offered the proverbial “light at the end of the tunnel.”

That experience was many, many years ago, yet the principals have remained the same. If I let fear of failure guide my path, I will miss out on so many wonderful experiences and relationships. But if I trust that my path offers hope and a future, what do I have to lose?

What would you try if you weren’t afraid to fail? I’d love to hear all about it!